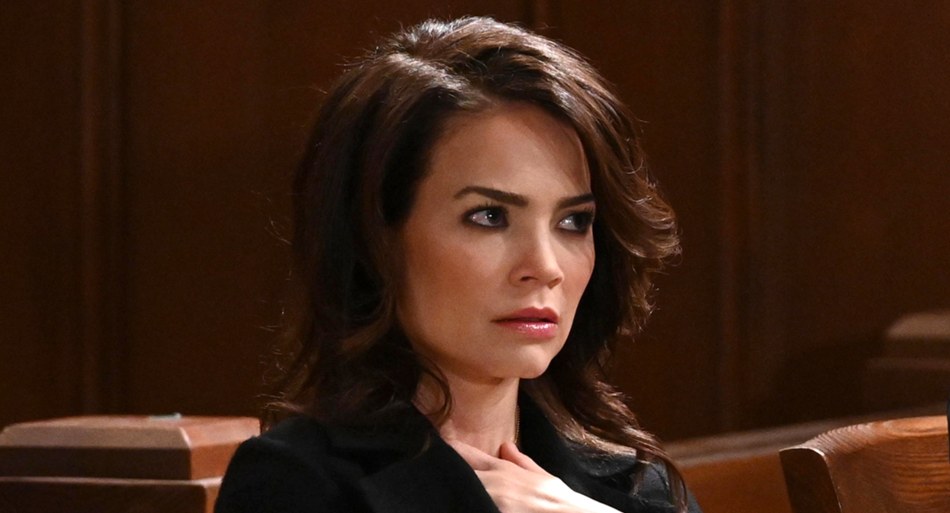 During Wednesday’s episode of General Hospital, spoilers detail that Elizabeth will try to channel her heartbreak over Franco’s death. Ava will put together a surprise for someone at her gallery while Nina will talk with Obrecht.

Elizabeth is convinced that Jason killed Franco, even though General Hospital viewers know that Peter was responsible. The Twitter sneak peek for the March 17 show reveals that Liz will be at her home talking with somebody.

She will determinedly tell that person that now she’s going to make sure that Jason pays. According to SheKnows Soaps, Elizabeth will be especially somber during Wednesday’s episode of General Hospital.

Given what she’s been through over the past few days, it’s not a surprise that Elizabeth would feel somber. However, it seems that she’ll be in an especially dark mood during the upcoming episode.

"… and I'm gonna make sure Jason pays for it." #GH pic.twitter.com/DVAHUePF3F

The General Hospital preview also reveals that Nina will spend some time with her aunt. Obrecht no longer has to hide her presence in Port Charles, and Nina will lean on her for some support.

Nina ended up in the dog house after her last visit with Wiley, and it seems she’ll feel as if that will be impossible to fix with Michael and Willow. In general, she isn’t one to back away from a challenge, but she may change course in this case.

General Hospital spoilers detail that Nina will be feeling apologetic, and she’ll even tell Obrecht she might leave Port Charles. Ultimately, it’s unlikely Nina’s really going anywhere. However, it does seem she’ll be feeling uncertain for a bit.

The sneak peek also teased that there’s more action involving Sam and Dante coming on Wednesday. They’ll spend time together at Kelly’s and General Hospital teasers signal that Sam will mention a change of plans as Dante listens intently.

Ava will gather Nikolas and Trina at her gallery and mention she’ll have a surprise prepared for someone. The three of them gaze toward something, likely some sort of art on the wall, and Ava will hope that “she” will like it.

There is a large photo of Franco hanging behind them, so Ava’s surprise might be something she put together to honor his death. If it’s Elizabeth she’s hoping to surprise, that might be a tough sell considering all that happened between the two couples a few months ago.

Peter will meet up with Cyrus in what could become a rather intriguing partnership, and Laura will offer someone her help. TJ will wonder if Jordan and Curtis have reunited, and Carly will try to provoke some emotion in Jason. General Hospital spoilers indicate it’ll be a jam-packed episode and viewers cannot wait.