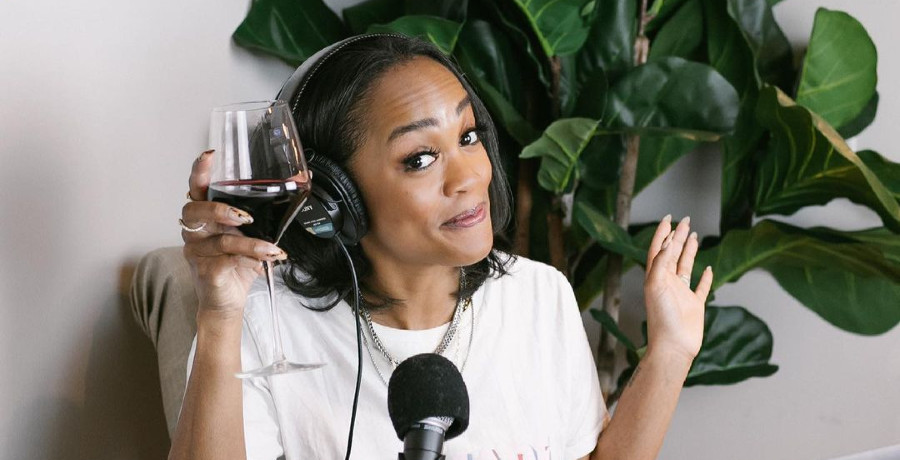 Rumors about Bachelor contestant Rachael Kirkconnell’s past behavior circulated on social media as early as January. It wasn’t until February that Rachael apologized for her past behavior. The behavior included attending an antebellum-themed sorority party in 2018.

Former Bachelorette Rachel Lindsay found herself pulled into the scandal. She interviewed Bachelor Nation host Chris Harrison about the situation on Extra. The interview sparked yet another racism crisis within the franchise.

Now Rachel Lindsay is sharing her thoughts about Monday’s explosive After the Final Rose special. During the special, viewers found out that Matt and Rachael were no longer together.

The stuff coming out on social media in January was well after Season 25 had finished filming. By that point, Matt James and Rachael Kirkconnell were happy together and in love. But it all fell apart when Matt James could no longer pretend that the photos weren’t real.

At ATFR, he told host Emmanuel Acho that at first, he thought it was just internet gossip. Eventually, he couldn’t ignore the photos. Matt James and Rachael Kirkconnell didn’t get specific about their breakup conversation. However, it was clearly initiated by Matt, partly due to Rachael not understanding why he was upset about the photos.

The conversation between Emmanuel, Matt and Rachael was emotional and awkward at times. Matt didn’t have a lot to say. Furthermore, he refused to hug her when prompted by Emmanuel Acho.

A reconciliation seems off the table, at least on Matt’s part.

There’s a lot of misconception about Rachel Lindsay’s role in the scandal. She never called Rachael or Chris Harrison racist. As Emmanuel eloquently said at ATFR, Rachael displayed racially insensitive behavior and ignorance. However, no one was branding her a racist, least of all him.

During a segment on Extra, Billy Bush asked the former Bachelorette to share her thoughts on the split.

When it comes to the breakup, Rachel doesn’t try to explain Matt James’ thinking. She said, “It’s hard […] to give an opinion as to what Matt should do or how he should navigate his relationship with Rachael.” It’s something she feels is Matt’s “personal decision,” People magazine reports.

Before he was set to propose to either Rachael or Michelle, Matt had a heart-to-heart with his mom. That ultimately made Matt choose to propose to neither, but continue his relationship with Rachael.

Rachel Lindsay does agree with Billy Bush’s assessment that Matt’s “mixed emotions” about proposing came partly from Matt’s talk with his mom.

What’s next for Rachael Kirkconnell?

Could Rachael Kirkconnell Show Up in Paradise?

Even though Rachael was at the center of the firestorm, she still formed friendships with the other contestants. Many of them showed support for Rachael on social media in the aftermath of the finale.

ABC announced Katie Thurston and Michelle Young as the next Bachelorettes. Each of the ladies will get her own season, starting with Katie.

Additionally, Chris Harrison will be sitting at least Season 17 of The Bachelorette out. The network tapped Kaitlyn Bristowe and Tayshia Adams as hosts. People reports that Rachel Lindsay has no interest in participating in the franchise at this point.

But what about Rachael Kirkconnell? In addition to two seasons of Bachelorette, ABC is plotting a return to Paradise. Bachelor in Paradise didn’t get a season last summer due to the pandemic. That means there are more Bachelor Nation alums than ever to join the upcoming BiP season.

Could Rachael be one of them? Maybe. The network has yet to announce any concrete plans for a new season of BiP.

Would you like to see Rachael on Bachelor in Paradise? Let us know in the comments down below.