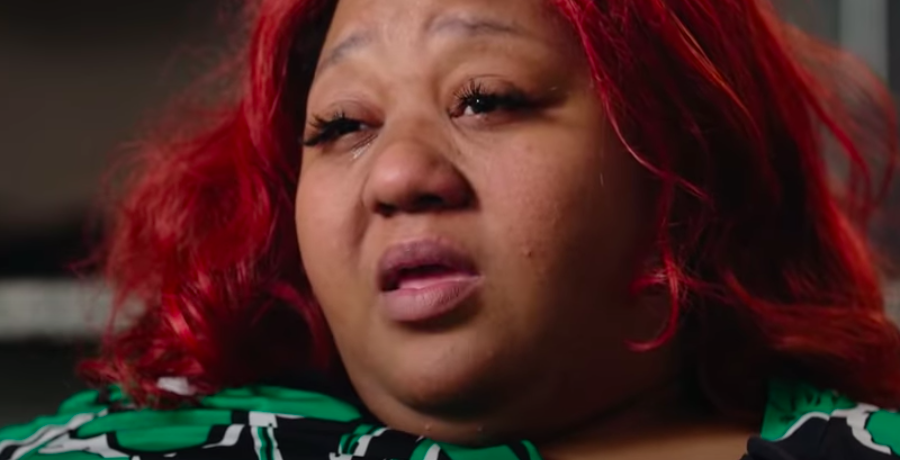 Many My 600-LB Life fans became deeply invested in Irene Walker’s weight loss journey. So how is she doing now and did she ever get her weight loss surgery?

My 600-LB Life star Irene is addicted to food

Irene Walker is only 39-years-old. While she should be experiencing the prime of her life, every day is a struggle for the Houston, Texas resident.

She shares an apartment with her son, niece, and daughter-in-law because living alone is no longer an option. Irene must rely on others for some of her basic needs.

According to Distractify, Irene shared a glimpse into her daily struggles on an episode that premiered on March 10, 2021.

She stated that it’s “hard for me to do things because of my weight, so I rely on my family and friends to help me do what I have to do … I’m able to still get around and do some basic things for myself, like cleaning myself on my own still. So I push myself to do that. But it’s hard.”

So how did Irene get to be her size?

Sadly, as with most of the stories featured on this show, Irene’s food addiction stems from some personal trauma. Food is an enormous source of comfort for her. She began using food to cope when her mother and her abusive father split.

Then her food addiction amplified when she fell victim to her family’s pattern and ended up with an abusive partner of her own. This toxic relationship led to her getting pregnant and becoming a single mother at the young age of 17.

Unfortunately, the tragedies just kept coming. A short while later, Irene lost her dad, mom, older sister, and aunt all within a two-year time period. She found herself with nowhere to turn but a shelter for women and children. The shelter eventually forced her to leave because she fell pregnant.

Eventually, the pressures of loss and a hard-life sent Irene on the path towards multiple addictions. She started using alcohol and drugs to manage her pain on top of food.

After having her three youngest children taken away, she was able to kick all of her addictions, except for one…the food.

My 600-LB Life‘s Irene went on to say, “When I’m eating I feel good, I feel happy…and it’s the only time I feel like that, I want to be happy so I never want to stop eating.”

Covid-19 had an impact on Irene’s journey

During Irene’s very first visit with Dr. Now she learned that weighed an astounding 603 pounds. After that visit, he gave her a goal of losing 60 pounds over the next two months.

Irene kept checking in every two months after that initial visit with only very minimal weight loss. She was not meeting her goals and Dr. Now was not impressed.

Due to COVID-19 Irene did not get in contact with Dr. Now until 7 months later when he decided to give her one final chance. She received a weight goal of 540 pounds by her next visit.

Finally, one year and two months into her weight loss journey, she did it! Irene had passed her goal, weighing in at 535 pounds.

That’s a total of 68 pounds lost and one approval for surgery.

But, did she actually have it?

By the end of Irene’s My 600-lb Life episode, things were looking so hopeful for Irene. Fans could not wait to know if she was finally able to have weight loss surgery?

Well at the time, Dr. Now wasn’t able to have Irene immediately scheduled for surgery. Due to the pandemic, only very essential surgeries were allowed to be conducted.

As for now, there’s not much information out on whether Irene actually received her surgery. However, just 3 days ago on March 14, 2021, she posted on her public Facebook profile that she is now in a relationship with someone.

Turns out that someone is herself. Go, Irene!

Now, while this doesn’t confirm any updates about her weight loss, this post shows that Irene is putting herself first.

She is publically showing her friends and fans that Irene loves Irene. And if you ask us, that’s a positive sign. It seems she has a totally different mentality than when her journey first began.