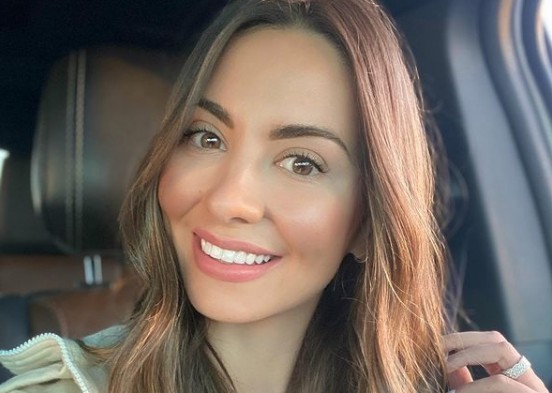 Many have wondered for some time now what exactly caused Bachelor Peter Weber and Kelley Flanagan to split. Most of their comments have been fairly vague regarding their break-up. Of course, that is until now. Kelley opened up a bit about what went wrong in their romance.

Kaitlyn Bristowe talked to Kelley Flanagan on her podcast, Off the Vine. People shared all about what Kelley had to say. First of all, to refresh everyone’s memory, Peter announced their break-up on New Year’s Eve. What fans didn’t know is that Kelley asked Peter not to share the news for a few days. He didn’t listen. She hadn’t told her friends and family yet. She wasn’t ready for the world to know.

Kelley said, “I think there was some kind of mental thing going on [with him] essentially saying like ‘I had to do this in 2020’.” She continued, “Like you do whatever you want, but I’ll post it when I feel comfortable.”

While he said it was over, it wasn’t over for good. Kelley shared that about a week later he wanted to try and work things out. She said, “Then he essentially tried to like get back together and was trying to work on things and I was pretty, pretty hesitant towards all of it.” Kelley said, “He’s telling me like, ‘I love you, I want to get back together with you.'” 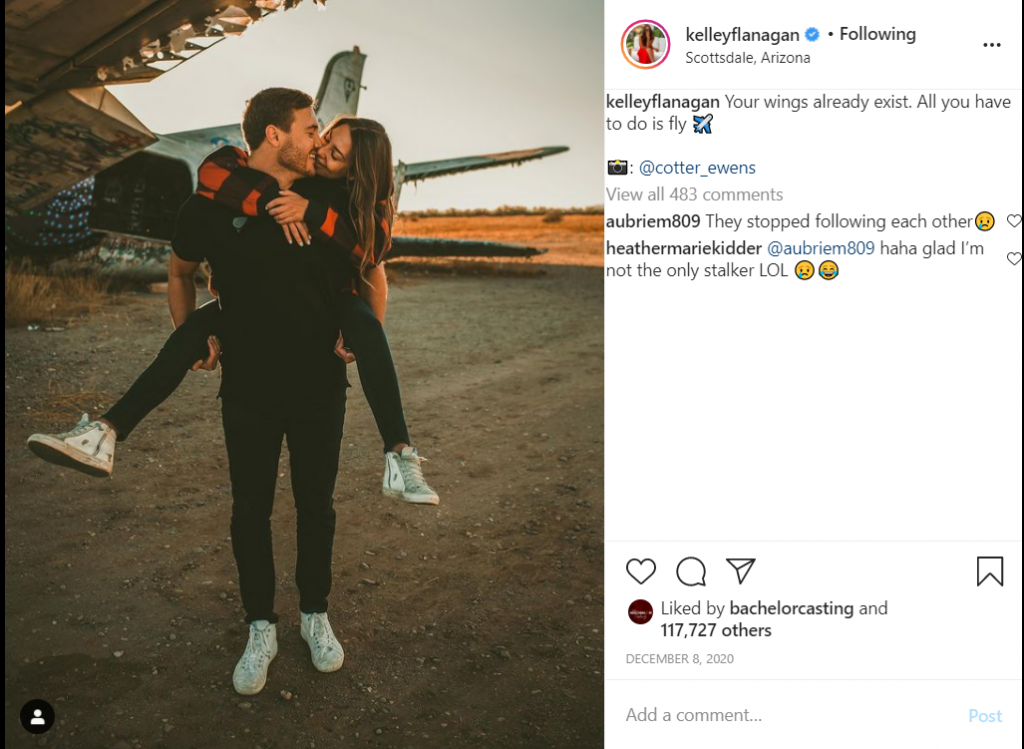 This time it’s over for good

Kelley and Peter tried to make things work. However, they broke up once again right after Valentine’s Day. Now, she has no intentions of going back down that road. She said, “I don’t think I will be in communication with him.” Kelley said, “It’s a place in my past, I’m focusing on my future wishes. I don’t think it was the healthiest thing for me to keep [my] past and [my] future and I wish him well.”

Kelley still plans to move to New York City. When asked about it by Kaitlyn she said it’s a big city and they will be fine living there apart. She also said she never once considered not moving there because Peter lives there too.

Why did they really split?

Essentially, Kelley said Peter never changed the things she would not settle for.

Kelley met Peter just before filming for his season of The Bachelor began. After their chance meeting, she decided to take the plunge and join the season. They really hit it off. However, Peter sent her home just before hometown dates. Following the finale to his drama-filled season, Peter and Kelley reconnected. They dated several months before ending their relationship. Just before their split, they planned to live together in New York.

It looks like there is zero chance for a reconciliation between Kelley and Peter.

‘Welcome To Plathville’ Preview: Will Olivia Stay Or Go?
Erika Jayne Takes Full Credit For Historic ‘RHOBH’ Reunion – Here’s Why
Quick And Twisted: ‘Survivor’ Is All New Due To COVID
Jinger Vuolo’s New Post Has Fans Worried About Her Kids: ‘Are They Ok?’
‘BIP’ Brendan Morais Reportedly Fired From NordicTrack, Why?