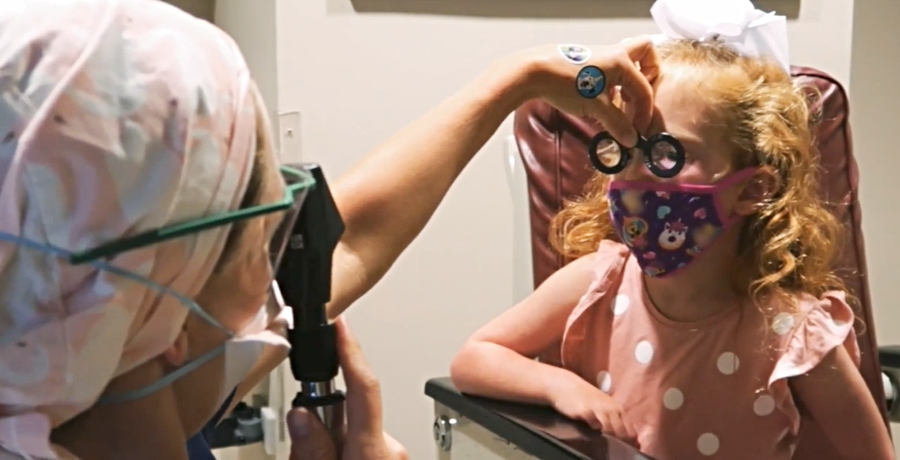 The latest episode of OutDaughtered has fans wondering what exactly is wrong with Hazel Busby’s eyes.

The Busby family had to race home after their brief RV getaway because Hazel had an eye doctor appointment the morning after they got back. Adam and Danielle Busby explain they had to get back so everyone could get settled in and get to bed at a decent time.

The drive to the doctor is a bit far

Hazel Busby explains her parents have to go on a bit of a road trip for her. Turns out, the eye doctor isn’t that close. Adam and Danielle both go to these appointments while someone else watches the girls. Hazel tells producers it feels like a 20-hour drive to the doctor.

Adam Busby and Danielle explain that they are hopeful about this appointment. They know Hazel Busby may need eye surgery soon. But, she’s older now. And, they think she can explain what she is feeling and seeing or not seeing. Adam, however, is concerned she might be a little too shy to answer the doctor’s questions. Likewise, Hazel did admit she was really nervous. She explained she did not really know why she was nervous.

The little redheaded quint had surgery when she was just a year old to assist with correcting the placement of her eye. So, she can focus without having to turn her neck.

“Whenever she was a baby, all the way up until her first surgery, she would look off to the left and force her eyes to the right corner so that she could focus,” Adam explained to the cameras during an older episode of OutDaughtered. 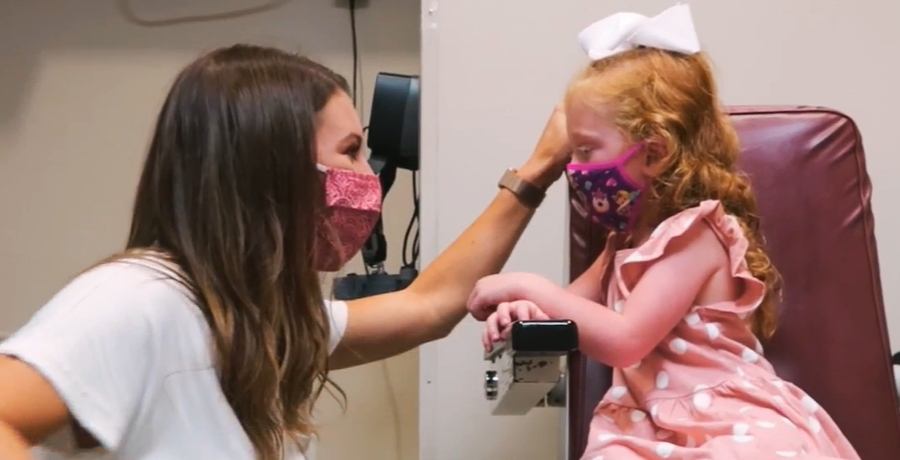 Danielle Busby also opened up to cameras about how scary recovery after the surgery was for her and Adam.

From the surgery to the recovery, which was super hard and scary for us, she never really wanted to touch her eyes, which was a big fear of her rubbing and messing anything up or getting an infection. She will always have the nystagmus, but since the surgery, her eyes don’t flutter as much, but they still have that shake in them. But what we start to notice that her left eye was crossing in a little bit. What we discovered was she had astigmatism. Her eye was just not seeing as clear as the right eye. She’s done miraculously.”

Adam and Danielle explain it had been nearly a year since Hazel Busby last went to the eye doctor. They were not looking forward to this doctor’s appointment. They were worried Hazel would need more eye surgery. Even if the surgery was in her best interest… It scared them. But, Adam and Danielle confirm they will do whatever is necessary and recommended by the doctor. 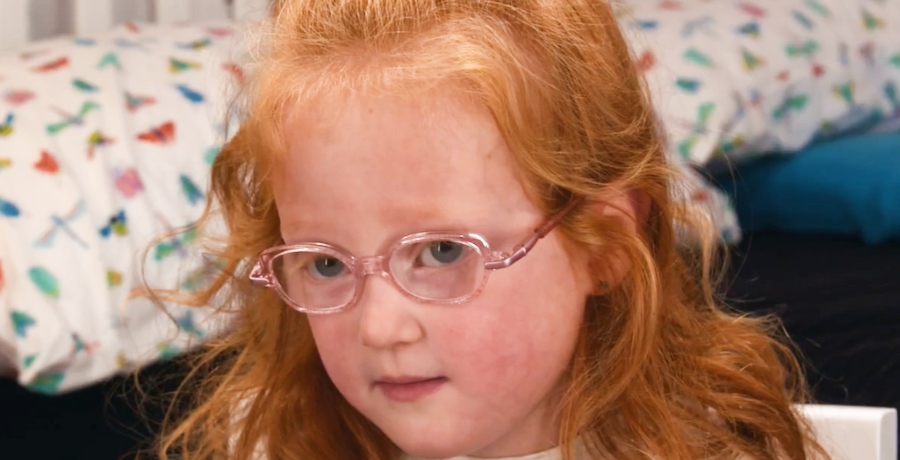 Still, Adam and Danielle got pretty great news during the appointment. The eye doctor did not see anything too concerning. And, she wanted to continue to “drag her feet” on the next surgery. She encouraged the parents to reach out if the school complains or notices anything off with Hazel’s vision.

Do you worry about Hazel Busby’s eyes? Are you relieved to know she didn’t need additional surgery just yet?