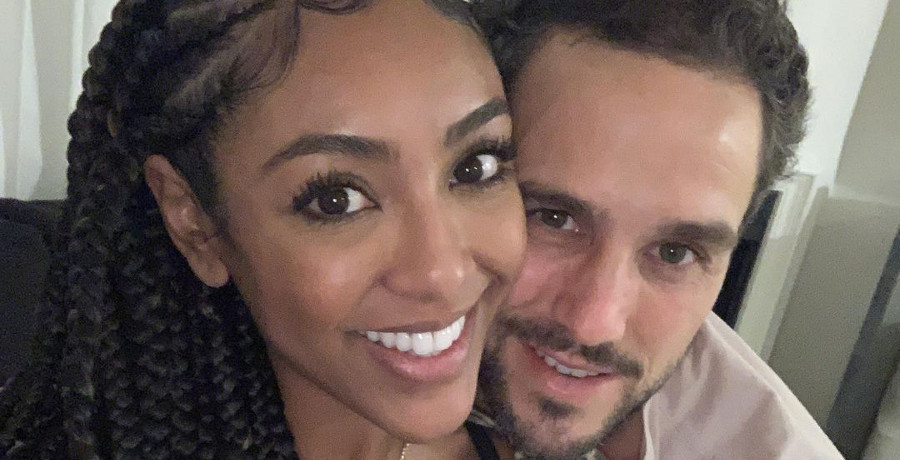 Rumors of trouble in Tayshia Adams’ relationship with Zac Clark may have been overblown. Fans of Bachelor Nation were concerned after Zac’s mom unfollowed Tayshia on Instagram. To make matters worse, he didn’t seem to leave any comments on Tayshia’s last two Instagram posts.

One post was in celebration of her joining Season 17 of The Bachelorette as host. It seemed strange that Zac didn’t gush at the news. However, there may be a reason for his silence.

At a glance, it doesn’t appear that Zac Clark left a comment on Tayshia Adams’ most recent Instagram post. She shared a drop-dead gorgeous photo with an accompanying caption, she revealed that she was “so excited” for fans to see her on the new Bachelorette season.

No, she won’t be the lead trying to find love. Along with Kaitlyn Bristowe, Tayshia will temporarily step in as host while Chris Harrison is on leave.

People magazine reports that both Tayshia and Kaitlyn received backlash from fans over the network’s decision. However, Zac Clark seems on board, despite earlier rumors that he was upset. He may not have left a comment, but his ‘like’ on the post says it all.

Did a Slip of the Finger Cause Unfollowing?

It’s not a good sign when your mom unfollows your fiance. That’s what led to the rumor mill churning out theories. Zac Clark’s mom unfollowed Tayshia’s personal Instagram, as well as the Click Bait podcast’s Instagram. Tayshia is a co-host on Click Bait.

It seems that Zac’s mom corrected the mistake. According to Bachelor Nation fan account @bachelornation.scoop, Zac’s mom refollowed Tayshia a day after unfollowing her.

Could it be just a simple slip of the finger that caused the furor?

Zac Clark may have a reason for not commenting on Tayshia’s last few posts. He’s out of town. Not only is he out of town, he is on a fishing trip in South Carolina. It’s unclear if he has cell phone service, but if he doesn’t, that could explain his Instagram silence.

Neither Tayshia or Zac have posted photos together in almost a month. That doesn’t necessarily mean anything. They are a bicoastal couple, after all. Zac lives in New York City and Tayshia lives in California. However, she will be in New Mexico for the next few months filming Bachelorette.

Here’s hoping the rumors were out of context and Tayshia and Zac are still together.

Don’t forget to watch Matt James hand out of his final rose. The Bachelor and After the Final Rose air Monday, March 15, only on ABC.