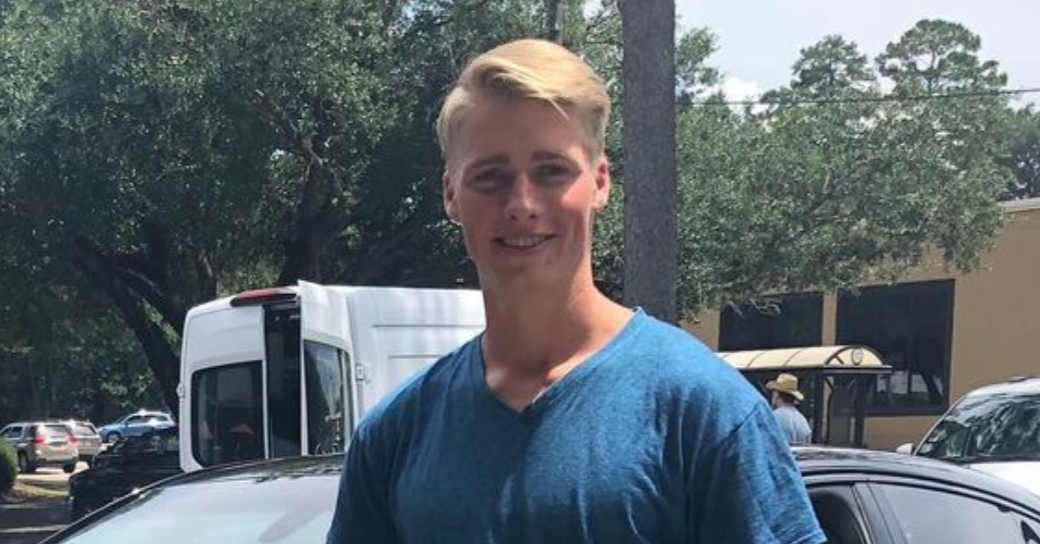 Micah Plath of TLC’s Welcome to Plathville isn’t afraid to show off his flirty side, which has fans questioning whether he’s single. Most of the star’s social media posts are thirst traps. Since he’s a model, his Instagram page is filled with shirtless photos from his modeling sessions.

In an Instagram post on Monday, Micah shared a few pictures of himself sitting on the beach. He’s showing off his fit body while sitting on a towel, looking toward the water. He writes, “I’ll dig a seat for you in the sand:)”

In response to the post, many fans are commenting on how good Micah looks and leaving heart-eye emojis too. In one comment, his friend Helena Parrish writes, “And didn’t invite me 🤨 #salty #beachpuns 😜” Micah has a pretty friendly response to her comment and writes, “🤣 I’ll see you soon hopefully!”

As TV Shows Ace reports, Micah opened up about his love life and revealed that he wasn’t interested in a huge commitment at the time. He was interested in a friend, Caroline Alexis, but nothing seemed to come of that. The two haven’t been spotted in pictures together for months. So, it’s possible that the relationship didn’t work out.

Micah explained why he’s hesitant to get into a relationship, saying, “I don’t need distraction. Not saying the right person couldn’t help me along, so you never know.”

Based on this comment, it seems like Micah is staying single for now. There’s a possibility that there is something going on between him and Helena though. After the flirty comments they shared and their close friendship from their time modeling together, it’s possible. Of course, fans will have to wait for Micah to confirm this himself. For now, it’s safe to assume that Micah Plath is single.

Since the Welcome to Plathville star is so active on social media, it’s likely that he will share the news himself when he’s ready.

Who is Helena Parrish?

Fans of the TLC show might recognize Helena from some of Micah’s photoshoots. The pair were pretty close on the show and shared some of the same modeling gigs. Now, they both follow each other on social media. While they don’t appear to be in a relationship, they’re obviously close friends. It wouldn’t necessarily surprise fans if they ended up together.

So, do you think that Micah Plath is single or in a relationship? Let us know your thoughts in the comments below.

For the latest on the Plath family and TLC’s Welcome to Plathville, check back with TV Shows Ace.

‘Sister Wives’ Star Meri Brown: ‘Life’s Too Short, Celebrate Success’
Joy-Anna Forsyth Pregnant?! Another Duggar Baby On The Way?
‘The Young & The Restless’ Spoilers, July 26-30, 2021: Phyllis Gets The Goods, Sally Panics
Is This A Sign ‘Bringing Up Bates’ Will Be Canceled?
Amelia Hamlin Goes Braless, Says She’s ‘Trying To Blend In’