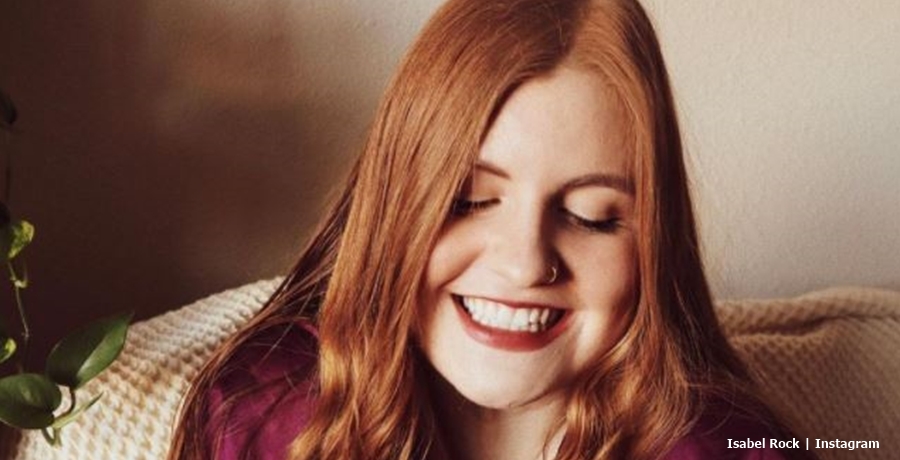 LPBW star Jacob Roloff married Isabel Rock, and she sometimes talks about her family. She opened up about her dad and now she talked about calling her grandma. And, she urged her fans to call up their own grandparents often. As family seems so important to the wife of Little People, Big World alum Jacob, maybe she also makes up with Audrey and Jeremy.

Although Jacob left Little People, Big World some time ago, his many fans took a liking to his wife Isabel. We reported that she credited the TLC star with helping her love her dad again. In a long post, she said that her parent’s marriage was pretty much over when she arrived. And, as a teen, she resented her dad for being something of a workaholic. So, she nurtured some rather unloving feelings towards him. At least until Jacob showed her that her dad’s got a lot of plus points. She accepted that people sometimes change.

After making up lost time with her dad, Isabel now told her LPBW fans that she calls her grandma very often. She said that she enjoys “[making] up for lost time.” It seems she cherishes her family relationships. That could be why she apparently reached out to Audrey. Fans heard that Jeremy and Audrey Roloff fell out over politics. TV Season Spoilers noticed that she recently commented sweetly on a post that Audrey shared of her daughter Ember. Audrey liked the comment.

“Call your [grandma] if you can”

LPBW fans saw that Isabel Rock shared a nice photo of herself with her grandma. On the weekend, she wrote a long caption about her relative.  She said that she phones her grandma a lot. Sometimes, “more than three times a week.”

Now, she grew a bit older and wiser, she stopped hating communicating by “phone.” She claimed that she  had “the attention span of a puppy.” However, growing  older, she now realizes that family’s one of the more “important things in life.”

Actually,  a lot of LPBW fans can relate to Isabel. And the coronavirus, if it came with any upside at all, brought revealed that people appreciate their family more these days. As Isabel explained, when she calls her grandma, they just chat about everyday things like “the weather.” Or, what they’ve been up to and even what they “ate.” Not earth-shattering stuff perhaps, but it helps them connect.

As Isabel put it, “It’s just a girl who really loves her grandma and wants to make up for lost time.” Finally, she urged her fans, “❤️🌿 Call yours, if you can.”

One LPBW fan noted, “What I would give to call my grandma one more time 😢.” Several others commented on the value of time. In fact, many of them know that calling now beats regret later.

Ali Fedotowsky Relieved To Get Answers To Mystery Illness
Rick Leventhal, Kelly Dodd Are Unemployed With Health Issues
Hallmark’s ‘Crashing Through The Snow’ Is New Christmas In July Movie
Wait, Why Isn’t A New Episode Of ‘Extreme Sisters’ On?!
Lauren Burnham Gives Update On Daughter, Shares Huge Surprise For Arie