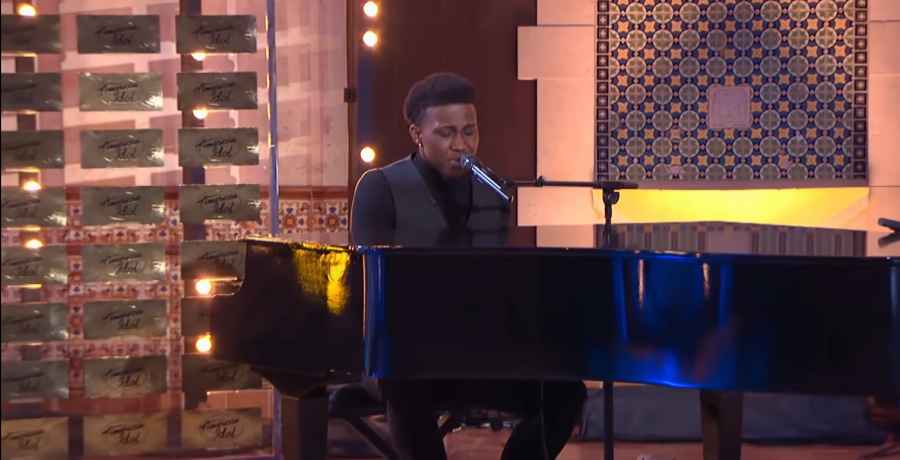 Deshawn Goncalves is a talented singer who has performed at the Apollo Theater. He also joined Patti LaBelle on stage briefly and his American Idol audition is another step towards his musical future. During his audition, judges were dazzled by his performance and his ‘angelic’ voice.

Deshawn Goncalves, 19, starred on the American Idol auditions on Sunday, March 14. He hails from Cleveland, Ohio, and has always dreamed of a future in music. Deshawn explained that he was the son of teenage parents and didn’t have the ideal childhood. Also, while he has performed at the Apollo Theater and joined Patti LaBelle on stage, he has always dreamed of being on television.

Deshawn explained to the judges that his parents didn’t know how to be parents. However, he said that they did try. When he was young, his father, Stephen, was mostly around. However, he got involved in street life and ended up spending years behind bars. When Stephen got out, he was determined to do better and to turn his life around. Deshawn remains close to his father and has learned a lot from him since his release from prison. In fact, he credits his father for pushing him to be a better man.

Goncalves starting singing and playing instruments at school where he graduated with straight As. He also received a fully paid scholarship to Jackson State University, Mississippi, where he is pursuing his further education.

Deshawn surrounded by music growing up

This talented youngster was apparently always surrounded by music while growing up. His grandmother is a choir director and helped to involve him with singing in the church. This led to his big opportunities of appearing at the Apollo Theater and briefly joining Patti LaBelle on stage during one of her concerts.

Deshawn wanted to keep going forward with his singing career and explored more opportunities. Auditioning for American Idol was part of this. “What prompted me was just thinking about how things just always continue to come my way, like blessings just continue to pour in,” Deshawn said in his audition. “So it’s kind of like, when I’m doing these things like if I’ve come this far, why stop now?”

In Deshawn’s audition, the American Idol judges were stunned as his voice filled the room. They showered him with love when he finished singing Everything Must Change by Nina Simone.

Lionel Richie was visibly moved during Deshawn’s performance. He said, “That was powerful. I needed you today.” Richie continued, telling Goncalves, “Just consider yourself hugged. I don’t know where you came from. But I know God saw it fit to put you in front of us. I am very proud of you.”

As noted by Meaww, Katy Perry was also entranced by his performance. She said it was “magic” and that she could “still feel it right now in the air.” Katy said there is purity and a light about him when he is singing like he is an angel. Luke Bryan said, “What a wonderfully beautiful example you are. You walk in here put together with a pedigree of scholarships and hard work and conquering odds. What an example!”

Episodes of American Idol drop on Sundays at 8 pm ET. Readers can live stream the show on Fubo or Hulu Live TV.