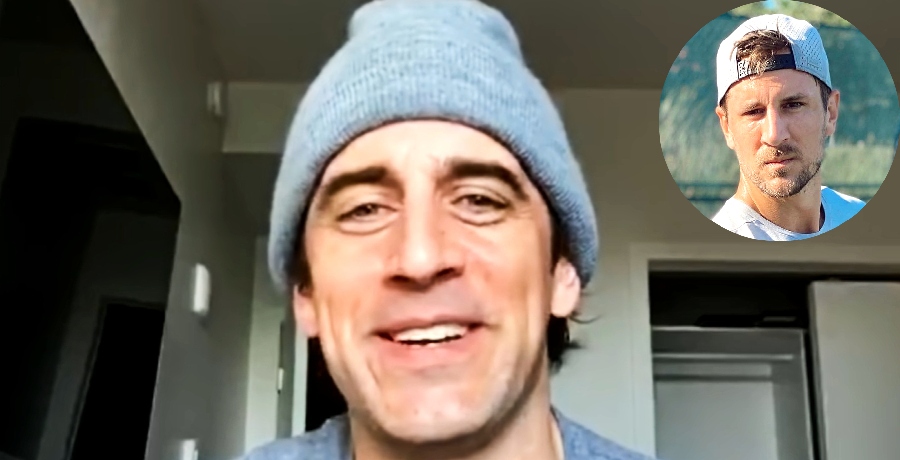 When Jordan Rodgers was on The Bachelorette, he didn’t mention his brother, Aaron Rodgers too much. He wanted to be his own man and not rely on his name to carry him. He did, however, mention a bit of estrangement with his famous brother. When Jordan was sharing about his family he said he was the closest to his other brother, Luke. He said it was the way Aaron chose to live his life. He said he wanted to be a family again and he missed his brother.  Now, sources say this estrangement is the reason Aaron nervous to introduce his fiance Shailene Woodley to the family.

Aaron just said he thought it inappropriate to speak about those things when Jordan brought it up back then. Family matters should stay private. Now that he’s engaged, sources say his family is a point of stress for the football player.

Aaron Rodgers Knows Shailene Is The One

Aaron Rodgers surprised everyone when he announced his engagement to the Big Little Lies actress. A source told People, “they are very happy together,” the source says. It’s not surprising he proposed so fast. When you know, you know, right?”A source spoke to OK and reportedly said, Aaron, is dreading introducing the actress to his family.

A source said the fast engagement wasn’t a surprise to them. They’d been making a go of it long-distance. According to Pop Culture, Woodley has been encouraging Aaron to reach out and repair the rift. The source said, “he doesn’t want her to get caught up in the drama.” In the following picture where Shailene wished a friend a happy birthday, fans think she looks like Aaron. The mustache is certainly close.

According to Olivia Munn, in an interview she did right after their breakup, they have been estranged for a while. She said she encouraged him to have an honest convo with his parents according to USA Today, much like his current fiance is. She said they talked, but things went downhill after.

When Will Wedding Bells Start Ringing?

A source said Aaron Rodgers and Shailene make time to see each other when they can. They said, “they are both focused on their careers but they also make time for each other.” The two are used to high-profile romances. Rodgers previously dated Danica Patrick for two years. Woodley dated rugby player Ben Volavola for almost as long. In his acceptance speech, he said 2020 was wild and, “80 straight days of having my nose hair scraped, playing for very little fans or no stands the entire season.” He ended with, “I got engaged.”

The happy couple hasn’t set a date yet for their wedding, but they will make time in their busy schedule for a wedding. What do you think about Shailene’s encouragement of Aaron to reach out to his family? Do you remember when Jordan aired his families’ dirty laundry? Comment your thoughts below.

Did You Miss This JonBenet Ramsey Reference In ‘Cruel Summer’?
‘OutDaughtered’ Fans Think Adam Busby Just Made A Big Mistake
‘RHOBH’: Wait, Did Lisa Rinna & Kyle Richards Plan On Twinning?!
‘Bering Sea Gold’ Exclusive: Shawn Is Dead in the Water
Wait, Why Isn’t A New Episode Of ‘Extreme Sisters’ On?!