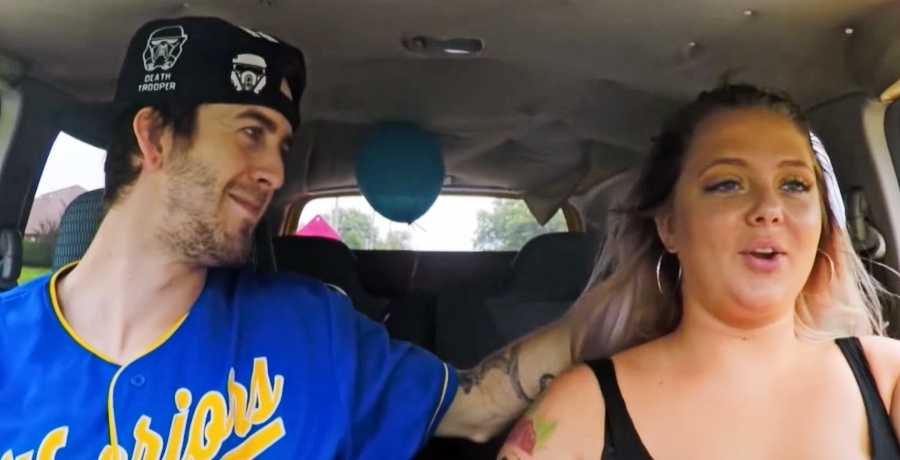 Teen Mom 2 fans see that Jade Cline does quite a lot of Q&As these days. Fans ask about Sean Austin and her plans for kids. Bear in mind that she and Sean blew hot and cold so many times, it’s easy to lose track. However, right now, he’s the best thing that ever happened in her life. So, some fans wonder if they tied the knot. Did they get married? Read on to find out.

We reported that recently, in the MTV stars Q&As, she talked about her daughter Kloie. And the possibility of more children arose. It looks like she didn’t rule out more kids, despite saying at one stage that she and Sean focus on their careers. However, if she has one, she might consider adopting instead. She feels that a lot of kids in the system could use a nice home. She thinks that they might wait until Kloie gets a bit older though. At least if she and Sean don’t make a mistake. After all, they enjoy a very steamy relationship these days.

On her Instagram, Teen Mom 2 fans see Jade Cline and Sean Austin romp around in bed. They do their Only Fans together, and fans think they look stunning. And more and more, she posts about how they now share an adoring relationship. Recently, she talked about how he changed. And she mentioned that he “loves” himself a lot more. Of course, she went on and talked about loving yourself before loving others. But, do they get on well enough to marry?

Did the MTV star tie the knot with Sean?

On Instagram, Jade shared a photo of the Teen Mom 2 couple in a very cozy embrace. Actually, with subtle lighting and red roses, it’s quite a classy photo. Jade Cline’s caption read, “loving you has always felt so right.” Additionally, she talked about how she feels “proud” of Sean. Finally, she noted, “It hasn’t always been easy but it’s always been worth it.” At last, it looks like she thinks about “forever” with him.

In her Instagram Stories after sharing the steamy Teen Mom 2 photo, Jade did a Q&A and a fan asked if they plan on marrying. Sassy, she shot back with, “Who’s to say we haven’t already tied the knot?” Actually, that’s a silly question. After all, if they married, likely it might feature on the show in a new season. Jade’s way too experienced to break any NDA with MTV and spoil the storyline. Nevertheless, Starcasm set off sleuthing and checked out the possibility.

The often-reliable outlet reported that they checked the “Indiana court records.” According to them, Teen Mom 2 star Jade Cline and  Sean Austin bring no “record of a marriage license or marriage certificate.” So for now, it’s probably safe to assume they didn’t tie the knot yet.