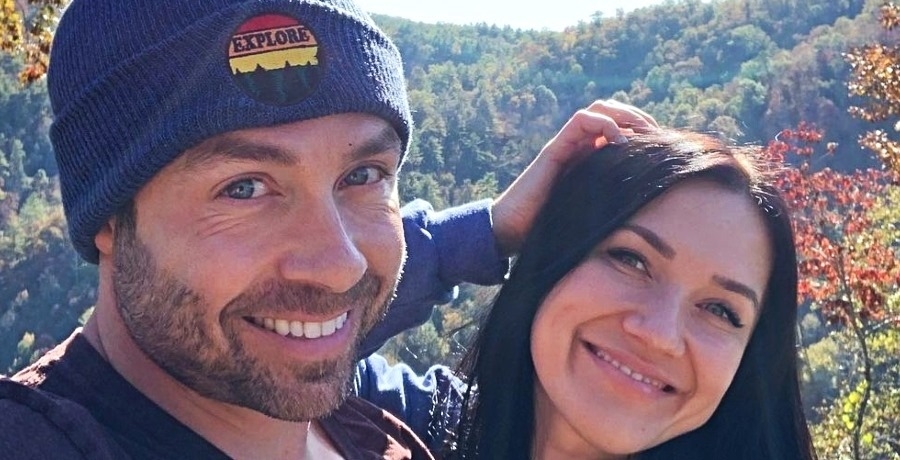 90 Day Fiance rumors ran around last week about Varya Malina and Geoffrey getting married in Colorado. Recall that at the end of the last season of Before the 90 Days their relationship seemed up in the air. And not much came out of the Tell-All as Geoffrey didn’t appear on it. But a lot of fans believe that she’s not only been staying with him in Knoxville but that they actually tied the knot recently. So we checked it out and can exclusively tell you their marriage status.

We reported that many people believed that Geoffrey Paschel married Varya Malina in Colorado. Certainty from TLC fans came when they thought they identified that she probably celebrated her birthday in Knoxville at the Cheesecake Factory. But when she answered questions about marrying him, she merely used a “shrug ” emoji. Perhaps she didn’t want to spoil anything under her NDA agreement. But shrugs or evasive answers make TLC fans very certain they are on the right track.

Several news outlets ran the story about the possibility that 90 Day Fiance stars Geoffrey and Varya married in Colorado. The Overtimer noted that photos shared all over social media revealed Varya looking “beautiful in a wedding dress.” And the outlet noted in the comments section of a post by The Melanated Way on Instagram, many fans seemed convinced they married. And most people accepted the rumor as gospel truth. However, rumors need confirmation. So we checked it out. Did they marry? Read on to find out.

Exclusive on Geoffrey and Varya marrying – or not

Screenrant noted that “after enjoying hot springs by the mountains, it now looks like the 32-year-old TLC star Varya has tied the knot.” However, the outlet also mentioned, “by looking at the man’s hand, it is difficult to say if he was Geoffrey. But, Varya’s big bright smile suggests that she was definitely holding her partner’s hand.” So, was it 90 Day Fiance star Geoffrey’s hand? And did they tie the knot as suggested by Screenrant‘s source, Homeland Photography’s IG page?

This weekend we spoke to a source close to the family who cleared up the question. Apparently, it turned out that it was just a photoshoot and the 90 Day Fiance couple didn’t marry. Our source spoke about the rumors, saying, “Off the record, I can confirm that the answer is no.” Additionally, sounding emphatic, the source said, “They definitely are not married.” And in case you wonder about them any further, “neither Geoffrey nor Varya married anyone.”

So, that puts to rest the rumors that 90 Day Fiance stars Geoffrey and Varya married in Colorado. Or anywhere else. Notably, though, that might not mean they never tie the knot, so stay tuned for any more info about them.

Audrey Roloff Tells All: Does She Want More Kids After Number Three?
Will There Be ‘When Calls The Heart’ 2021 Christmas Movie?
Clay Harbor Defends Andrew’s Choice To Leave ‘The Bachelorette’
‘Love Island USA’: Does Javonny Vega Plan To Tell-All On YouTube?!
‘General Hospital’ Spoilers, July 26-30, 2021: Elizabeth & Finn Crumble, Tell All