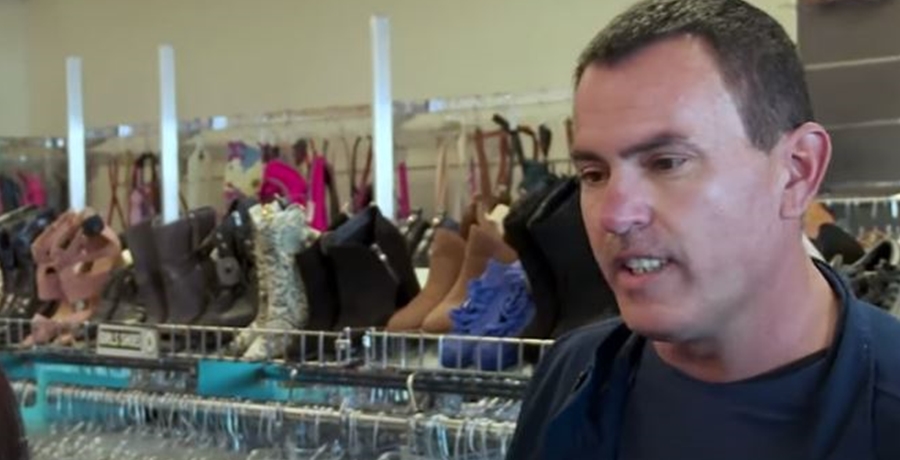 Shawn Osborne and Destinie Folsom split. So, this Love After Lockup couple came to an end.

That happened after she took off with Shawn’s car and credit card then married someone else. He moved on and became involved with another inmate. And, this time, he found someone who killed another person with drugs. Clearly, he doesn’t mind dating women with a penchant for crime.

Shawn Osborne split from Destinie, takes up with a woman who killed a man

We reported that when Destinie took off with Shawn’s car and credit card, he finally had enough of her. He found a photo and it looked like she cheated on him anyway. Finally, it turned out that she went off with Jose and in fact, married him. Lots of Love After Lockup fans predicted a bad ending for the couple. Especially as she seemed quite violent with him. On more than one occasion she punched or kicked at him. So, WEtv fans thought he escaped a bad situation when their relationship ended.

Love After Lockup star Destinie Folsom got every whim catered to by Shawn Osborne. He sent her cash and gifts and provided her with a house in LA when she joined him after jail. Additionally, he also forked out tens of thousands of dollars for her bond. As she seemed so ungrateful, one might assume that Shawn went off inmates for life. But, clearly, he likes a bit of spice in his life as his new woman killed someone. Not intentionally, but in a rather stereotypical way.

Starcasm reported that Shawn Osborne dated more than just one inmate, In fact, “his ex, and mother of his six children, Kelly Corallo revealed on the show that Shawn actually dated three different convicts.” And, they talked bout his latest love, Sara Isaac. She served more than five years inside after her conviction for “involuntary manslaughter.” Previously, she faced charges for ” Illegal Processing of Drug Documents.”

The death that Sara served time for involved drugs as well. Shawn Osborne really knows how to pick them, it seems. Fox 19 reported that Sara was indicted for involuntary manslaughter. Two other women were also indicted for trying to hide the evidence. Police said that Sara “injected heroin into Richard W. Root, Jr. at a residence in Felicity Township.” Later, he died from it as he overdosed.

Apparently, upon her release from prison in Ohio, Shawn went there and met her in August 2020.

Will fans see Sara and her new guy on WEtv?

It’s not clear if Shawn Osborn and Sara feature on a new season of Love After Lockup. However, Sarcasm noted that some unconfirmed reports run around saying that they might. What do you think about Shawn  taking up with yet another inmate? Sound off in the comments below.