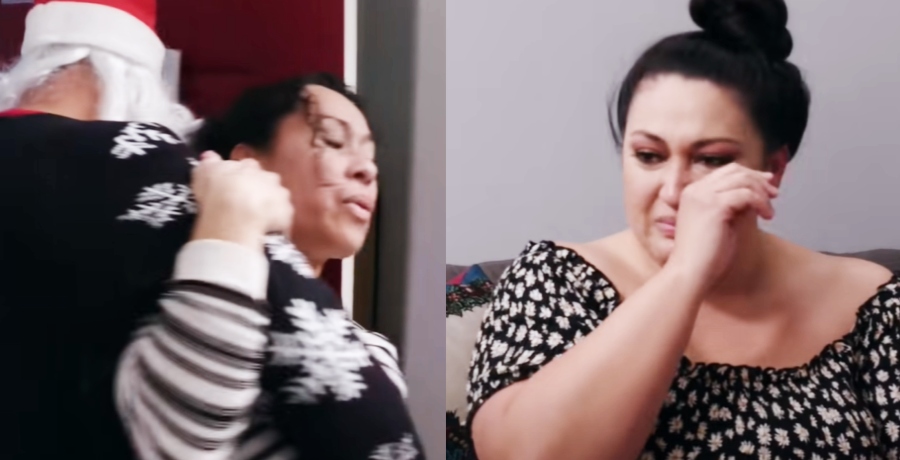 90 Day Fiance: Happily Ever After spoilers show Asuelu Pulaa (Kalani Faagata’s husband) drags his sister out of the room during a heated family confrontation. TLC watchers remember all the family drama from the previous season of the spinoff. And it looks like there’s more where that came from in the upcoming season.

The 90 Day Fiance feud between families was a major part of Asuelu Pulaa and Kalani Faagata’s storyline on the previous season of the TLC spinoff. With Asuelu in America, his family wanted him to send them money. But Asuelu has young children to take care of and that caused a lot of family tension.

In addition to the money issues, Asuelu Pulaa’s family didn’t see eye to eye with his wife, Kalani Faagata. And there were several instances last season where Kalani and Asueulu’s sister, Tammy, nearly threw down. Adding even more tension to the situation, the family drama caused problems in the 90 Day Fiance marriage as well.

90 Day Fiance: Happily Ever After spoilers show things get heated once again. Kalani Faagata tells Asuelu Pulaa’s relatives that she doesn’t want to have another baby. And that’s enough to set Asuelu’s side of the family off. Kalani and her husband already have two boys. And it looks like she doesn’t want to add to that.

Even though there was a truce between them at the end of the previous season, based on teasers, this latest revelation from Kalani is enough to bring those tensions back to the surface. Meanwhile, at one point in teasers, it gets bad enough that Asuelu has to drag Tammy out of the room. And a distraught Kalani Faagata is in tears.

As watchers remember, the family drama put a lot of stress on this 90 Day Fiance marriage. Asuelu and Kalani got into a lot of fights. And there was a point at which many thought the couple would call it quits for good. Meanwhile, it looks like their marriage will be tested once again based on the latest spoilers for the upcoming season. This is especially true if Kalani not wanting to have more kids turns out to be a deal-breaker for the pair.

It’s certainly possible TLC uses this to add more drama to the new scenes. But either way, it looks like there’s more than enough family drama to go around. Both Asuelu Pulaa’s sister and mother were seen as villains in previous episodes. And it looks like that continues. Either way, this family drama is sure to get watchers tuning in.

Danielle Busby Shows Us Why Parker Is NOT A Morning Person
Isabel Roloff Gets Real With Fans, Opens Up About Forgiveness
Jinger Vuolo Reveals She Was Ready For A Change
Blayke Busby: Actress? See The Tween’s Stage Debut At Summer Theater Camp
Tayshia Adams & Zac Clark Talk Wedding Plans