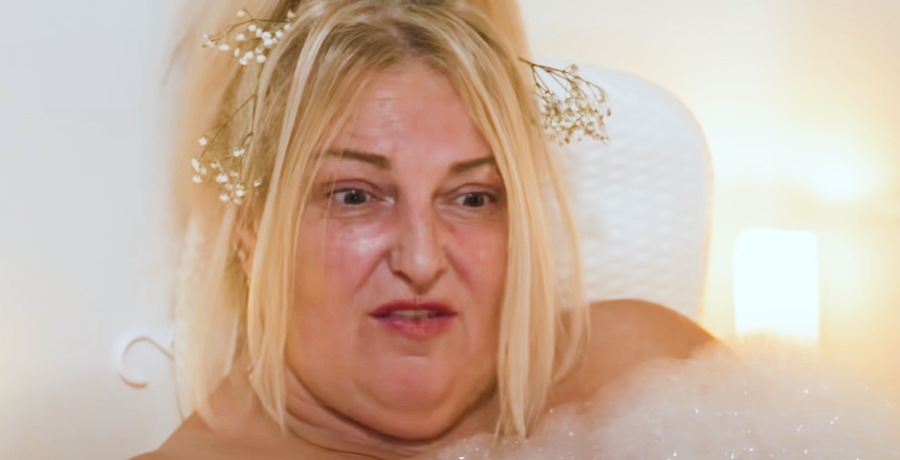 90 Day Fiance: Happily Ever After spoilers for the brand new season show things heat up between Angela Deem and her Nigerian husband, Michael Ilesanmi.

TLC watchers have been following Angela Deem’s story with Michael Ilesanmi since their first season of Before the 90 Days. And after several bumps in the road on their journey to be together, they finally tied the knot at the end of their last spinoff season.

Because Michael Ilesanmi’s K-1 visa was rejected, Angela Deem tied the knot with her man in Nigeria. The hope is that this will speed up the process and give him another opportunity to come to America. Meanwhile, based on the latest 90 Day Fiance spoilers for the upcoming season, Angela and her man are still thousands of miles apart.

Angela Deem and Michael Ilesanmi may have issues in their relationship. But one area that they’ve never had problems with is when it comes to bedroom activities. Meanwhile, the latest teasers show things heat up for the pair despite thousands of miles between them.

Angela Deem says in 90 Day Fiance: Happily Ever After spoilers that things aren’t lacking between them as far as intimate activities are concerned. Meanwhile, scenes show Angela in the tub while talking to her husband through video chat. So it seems they maintain that chemistry and that connection even with the vast distance between continents.

And it’s clear they make do with Angela Deem in America – and Michael Ilesami still living in Nigeria. Even so, they deal with their share of drama in upcoming episodes as well. So it isn’t all smooth sailing for the pair.

Trust issues have always been a sticking point for this 90 Day Fiance pair. Angela Deem doesn’t like her husband talking to any other women. And in some cases, she doesn’t even like the idea of her husband being near other women – even when he is out and about in public.

Moreover, based on the latest 90 Day Fiance spoilers for the new scenes, some of those trust issues still linger for the popular TLC couple. At one point in the new season, Angela Deem wants to put a tracker on her husband’s phone. And according to her, she says her husband has been acting “shady.”

Meanwhile, 90 Day Fiance spoilers show Michael Ilesanmi hanging out with his guy friends in Nigeria. And they remind him of all the girls he could have in his home country. So it certainly looks like the distance starts to wear on this couple. And as a long-standing fan-favorite pair, it’s worth watching to see how they navigate their relationship in upcoming episodes.