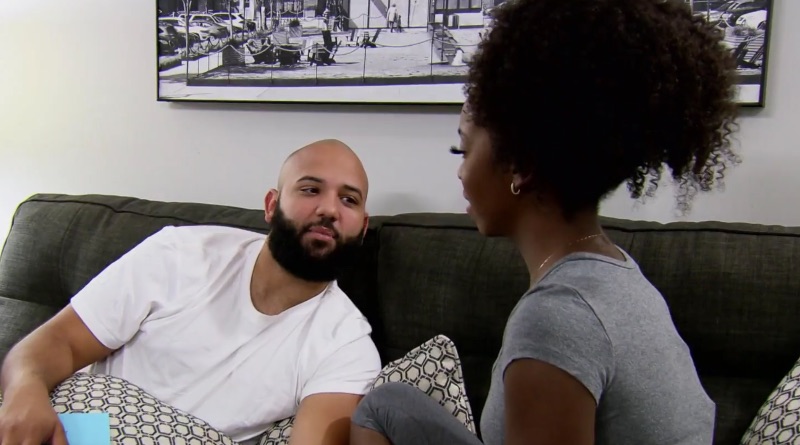 Married at First Sight spoilers show things take a turn for Briana Morris and Vincent Morales. Is the new Lifetime husband turned off by his wife?

Every season on Married at First Sight, there’s at least one couple that stands out above the rest. And at least early on in the season in Atlanta, Vincent Morales and Briana Morris seem to be that couple. Many viewers say they look good together as a pair. And so far, things seem to go well for them.

With all the drama surrounding Chris Williams and Paige Banks and no spark between couples like Jacob Harder and Haley Harris, a lot of Married at First Sight viewers root for Vincent Morales and Briana Morris. But it may not be all smooth sailing for the couple based on the latest network spoilers.

Vincent Turned Off by His Wife?

Even though Vincent Morales and Briana Morris have a lot of chemistry on Married at First Sight, they have their share of issues too. Briana can be very direct. And she says some things without thinking them through. Meanwhile, Vincent can be sensitive at times. And he doesn’t always take things his wife says in the best light.

Moreover, Married at First Sight spoilers for the rest of the season show Briana says something that really rubs Vincent the wrong way. Vincent Morales tells his Lifetime wife that what she said to him really turned him off. Teasers don’t reveal what goes down. But Vincent has a look on his face that says he isn’t pleased with what he heard her say.

Things Getting Down to the Wire on Married at First Sight

There are only a few weeks left in the current Married at First Sight season in Atlanta. And that means the new couples get closer and closer to Decision Day. Ultimately, they have to decide if the person the experts picked for them is the person they want to spend the rest of their lives with. So it’s not a decision anyone can take lightly.

On the other side of that coin, Briana Morris said on Married at First Sight that she loves her new husband, Vincent Morales. And he reciprocated. So whether that love will be enough to carry them through Decision Day is going to be a major part of their storyline to tune in for.

So far, they haven’t dealt with anything that seems to be a major deal-breaker for them or their possible future together. But as watchers know, things can turn very quickly with new couples. Meanwhile, this is especially true when Decision Day comes, and pairs have to face the music.

What are your thoughts about Briana and Vincent. Let us know in the comment section below. Come back to TV Shows Ace for more news about Married at First Sight Couples.