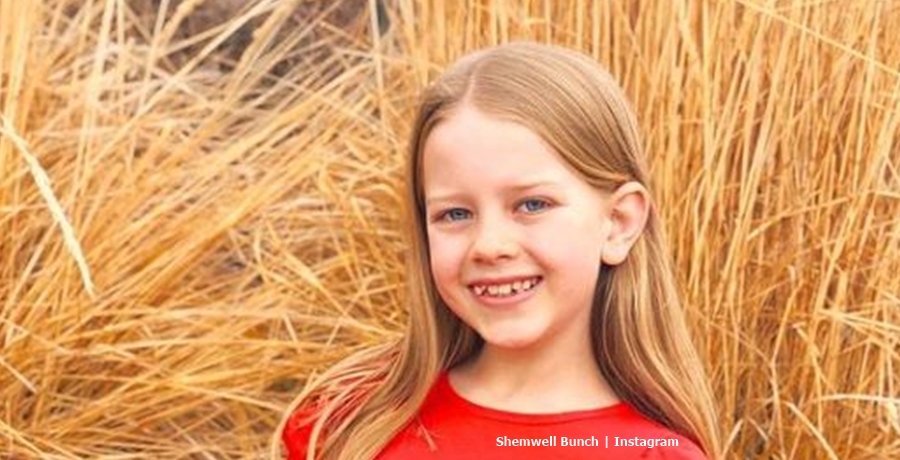 The Blended Bunch arrives soon and fans start learning about the kids like Lily, Harper, and Sophie. Plus, the other kids include Brayden, Avery, and Bexley. Then there are Landon, Emma, Tanner, Amelia, and Caleb. TLC fans have their work cut out trying to figure out everyone in the new show. So, as Lily just turned 10 years old, that’s a good opportunity to get to know her.

Lily and Sophie are spaced one year apart and their mom Erica married Tony means. Tony passed away from brain cancer and left the two girls behind along with five other kids. We reported that Sophie is the same age as Spencer Shemwell’s daughter Harper. Harper and Sophie seem like good friends. Aged nine, until recently. the cast indicated that Lily, a year older than Sophie was nine. But she just celebrated her 10th birthday so the Shemwell Bunch shared about it on Instagram.

If you don’t know much about The Blended Bunch which premieres on TLC Tuesday, March 16 at 9 p.m. ET, here’s a short summary. InTouch Weekly explained that the show reveals two families join together as one. Spencer Shemwell lost his wife Aimee in a car accident. So he already has four kids. Meanwhile, Erica Means and Tony had seven kids. Spencer and Erica met via a support group for widows. Now, he plans on adopting Erica’s children.

On Thursday, March 11, The Blended Bunch family shared a photo of Lily Means proudly holding her cake. The caption read, “Thanks to @browncakedesign for the beautiful and delicious cake for Lily’s “golden” birthday. 10 years old on the 10th!” Fans turned out and congratulated her for her birthday. But it’s too early yet for many comments from TLC fans, who still await the premiere of the show. And they don’t really know the kids all that well yet.

Usefully, The Bended Bunch family also shared photos and bios of all the kids on their Instagram. When they shared about Lily four days ago, they said that she was” five years old when her dad passed away.” They also described her as a “ray of sunshine” Plus, Lily means is”spunky, optimistic, passionate, and wants to befriend everyone.” Her favorite things include reading, like her sister Sophie.

The young star from The Blended Bunch sounds like an active person who loves the outdoors. Lily enjoys playing “basketball, “riding her bike, and going to “camp.” We noted that Sophie also enjoys riding around on her scooter, and Harper enjoys her hoverboard. So probably, the three girls go outside snd play around together a lot. Are you looking forward to meeting all of them on TLC? Sound off your thoughts in the comments below.