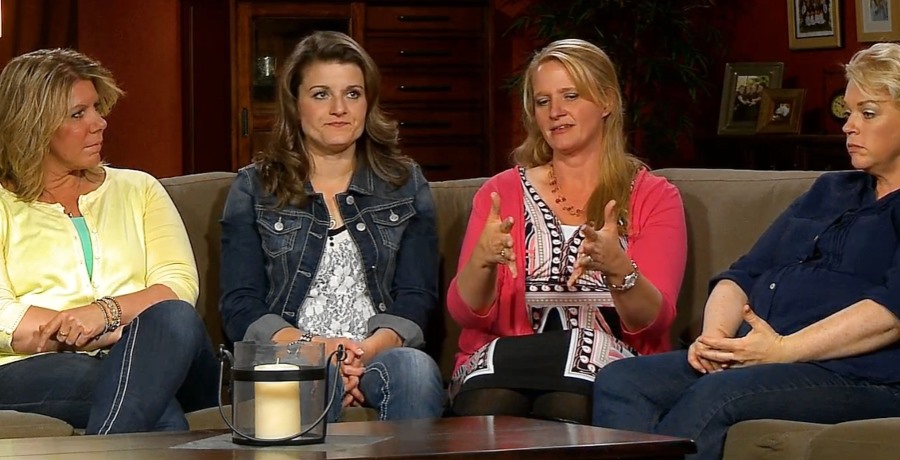 Like past seasons of Sister Wives, it doesn’t seem like this season will have any less drama. Many of the major players in the hit TLC show are regularly on Twitter. However, lately, it seems to backfire for Meri Brown. She regularly has to take to Twitter to defend herself and her family. Consequently, this is a great platform to educate others about how the Brown’s polygamous relationship works. Read on to find out what dynamic Meri Brown most recently explains on her Twitter feed. hO

How do major decisions work in the Sister Wives family? Meri Brown informs via Twitter

Part of the Sister Wives family dynamic is that they appear to have regular family meetings. What one fan has come to notice is that when it comes to making decisions, it’s all or nothing for the Brown family. Assumably, that’s what prompts someone to ask the following question. One Twitter follower asks Meri Brown, “Why all and not just majority rules?”

While assumably on the defensive, Meri Brown answers the question. She poses the following questions.

How happy would you be if you were forced into doing something you were passionately against? How good would that be for your peace and mental health? https://t.co/9mb1xd8S2G

People take to the comments to share their opinions

People in the comments assume that this is about the Coyote Pass property and what is going to happen with it. Sister Wives Kody Brown has already said that he’s not building one house. He wants seven properties. So each wife would have their own home and there would be room for rental properties or kids to live on.

However, a common question among fans is, “Since when do plural families live in separate houses?” On Twitter, another follower responds, “Guess what?! There’s no plural marriage rule book. Wooo hoooo!” And another follower tries to offer a solution. She writes, “Is it possible to [build] a main home and have beautiful breezeway to each [wife’s] cottage?” The follower elaborates with the following. “That way you can still have the main home with private cottages built around the pound so everyone has access & views?” And the follower goes on to offer to send pictures.

So it seems like Meri isn’t just defending others on her Twitter. It’s also refreshing to see her defend herself. How do you feel about Sister Wives Meri Brown’s recent Tweets? Let us know in the comment section below. Come back to TV Shows Ace for more news about your favorite TLC stars.