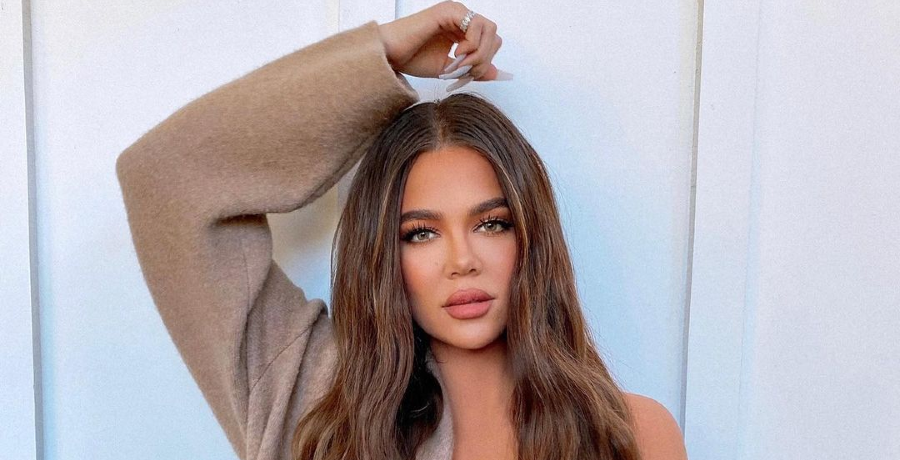 Khloe Kardashian is getting more backlash over her looks. On Tuesday, March 9, her name was trending on social media. Fans insist that she’s gotten a new face once again. Khloe shared an Instagram video about her partnership with IPSY.

She disabled the comments section on Instagram after receiving backlash from fans. The KUWTK star recently collaborated with the beauty subscription company and shared a video to promote her new collaboration called Glam Bag X Khloe. But fans weren’t focused on the glam bag. Rather, they were confused by her face.

People were concerned because she looks drastically different. Some chalked it up to plastic surgery while others think she has a “CGI” face.

Some fans think Khloe Kardashian used CGI or FaceTune to give herself a new face. Others noticed that her nose looked similar to pop icon Michael Jackson. However, most were shocked by Khloe’s lips. Her upper lip appeared swollen. Most people took to Khloe’s post to troll her, while others just felt sad for her.

They think the reality star suffers from body dysmorphia. According to Mayo Clinic, body dysmorphia is a mental health disorder in which a person can’t stop seeing flaws in his or her appearance. After she received so many comments over her looks, Khloe turned off the comments section on the Instagram post.

In the video, Khloe talks about her glam bag with Ipsy. The kit features eight full-size products from Anastasia Beverly Hills, Charlotte Tilbury, Herbivore Botanicals, among other brands. It’s valued at $529, but it’s available for just $55. Khloe wanted to create this kit because she’s a lot about beauty from her sisters.

Now, she wants to share some of her tricks with her fans. This glam bag includes some of her favorite products that she can’t live without. However, Keeping Up with the Kardashians fans couldn’t help but notice why Khloe looks different. Some said that her face could hardly move in the video as it appeared frozen from injections.

While the mom of two disabled the comments section on Instagram, many took to other forms of social media to discuss the issue. Eventually, “Khloe Kardashian Face” started trending on Twitter. One fan tweeted: “there is absolutely no way Khloe Kardashian did that to her face.”

There was also concern about her looks on Reddit. One commented: “Khloe is slowly reaching a point of no return with all the surgery stuff,” while another added: “Whatever she’s doing has really aged her, I feel sad that she’s doing this.” Some blamed Khloe’s ever-changing looks on her baby daddy Tristan Thompson. They think his cheating is not helping her insecurities.

there is absolutely no way Khloe Kardashian did that to her face😳 pic.twitter.com/1GgED4lxTI

In the past, Khloe denied the plastic surgery rumors. She continues to post about her collaboration with Ipsy via her Instagram Stories. But some fans think she should stop with the CGI, FaceTune, and fillers. They think she’ll lose credibility among her followers and her endorsements.

What are your thoughts on that video? Do you think Khloe’s face looks that different? Sound off below in the comments.