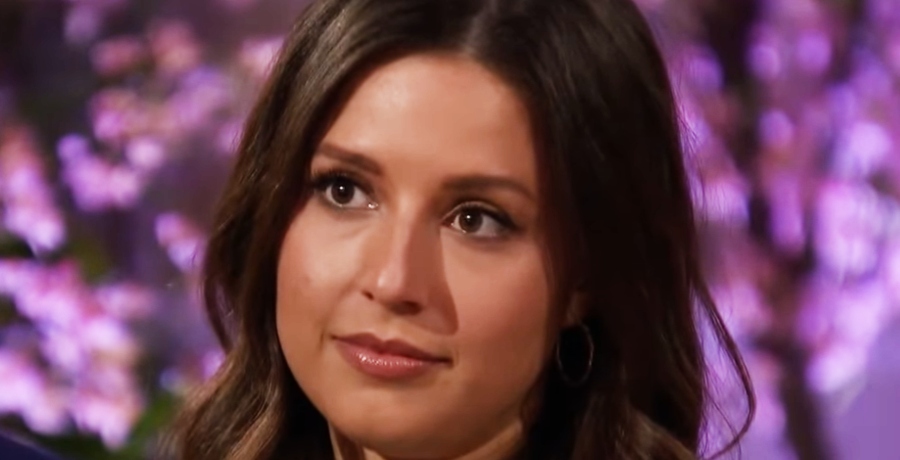 Tyler Cameron showed up on Matt James’ season. He specifically was there during his date with Katie Thurston where the two pranked him. Right after that date, Matt sent her home. It’s not been announced who the new Bachelorette will be. Many fans want it to be Katie. They loved her and she already had quite a fan base from her TikTok videos. In January she made a video telling them she’d been busy and would be back soon.

Of course, if anyone touches or looks at each other in Bachelor nation fans start to ship them. This is the case with Katie and Tyler Cameron. Everyone started thinking maybe the two had something going on. Katie addressed those rumors in an Instagram Q and A session.

What Did Katie Thurston Say About The Rumors?

Katie Thurston answered a lot of fan questions on her Instagram stories. When someone asked her if she was dating Tyler, she answered it right away. She said, “he has a girlfriend.” She told her followers to get that out of their brains. Katie also answered the question, “do you like football.” She said six years ago she put herself on a list for season tickets to the Seahawks. Expressing she did it for her future husband, she hopes he’s a Seahawk fan.

When answering a question about how old she is, she said thirty. Katie also said she had a photoshoot for herself for her thirtieth. She said no matter your age, you should always celebrate yourself. Fans wanted to know when she’d be coming back to TikTok. Katie said she doesn’t just do dances. She expressed that she cannot dance. Thurston said she doesn’t have the time it takes to put her TikToks together because they are comedy bits. She needs time. This added more fuel to the fire that she’s busy being The Bachelorette. If that were the case, would she have Instagram access?

She Also Commented On Chris Harrison

According to US Weekly, Katie said, “I stand with other alumni who have expressed that learning and growth require time.” She went on to say she hoped Chris would take the time needed to educate himself. Katie said everyone can grow and she really hopes he does. Fans also think recent tweets Katie made also pointed towards her being  The Bachelorette. On March 7th she said, “patience.” On March 8th she said, “just wait.” One fan thinks she should take over as the host. They said, “I dunno. Katie’s shot ‘ette may have got shot down b/c of Rachel. But she’d be a great replacement for Chris H, would she not?”

What do you think about the possibility of Katie being the new lead? Did you know Tyler had a girlfriend? Comment with your thoughts below and watch the conclusion of The Bachelor Monday on ABC.