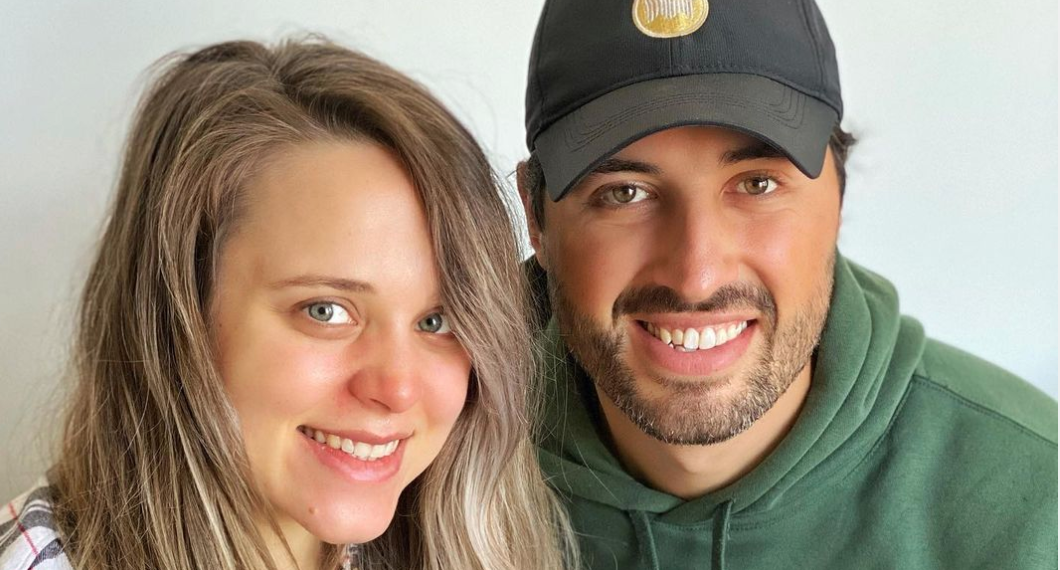 Jinger and Jeremy Vuolo of TLC’s Counting On seemingly stopped posting photos of their daughters on social media. The couple shares 2-year-old Felicity and baby Evangeline. After Evangeline arrived in November 2020, the couple stopped sharing pictures of their daughters’ faces. This led some fans to think that something might be wrong. Lots of questions arose and plenty of rumors circulated too.

The couple has shared few pictures of their kids on social media at all over the past months. When they do share photos, they hide their daughters’ faces. There are lots of fan theories about what’s going on. Fans think that the Duggar couple realized how many people follow them on social media and see pictures of their kids. Maybe they don’t want their kids to be in the spotlight like Jinger was from a young age.

Though fans have been asking why there are no pictures of the kids, the couple isn’t addressing the question. It’s unclear if they ever will. Amid all of the concerns, Jinger and Jeremy finally shared a couple of photos of Felicity on Friday.

On social media Friday, the couple was pretty active. It looks like they spent some time in Venice Beach, California. On his Instagram page, Jeremy shared a photo of himself and Felicity on the beach. Notably, you can only see Felicity’s back in the photo. Jeremy simply writes, “beach day” as the caption on his post.

On her own Instagram page, Jinger shared a similar photo in a different location. The photo is tagged in Los Angeles, California. Jinger is kneeling down on the sidewalk in front of Felicity. Like the last photo, Felicity has her back to the camera. Jinger says they’re having a shopping day.

While Duggar fans think the photos of the parents with their daughter are adorable, they’re still eager to get answers. They hope that everything’s okay with the family. In the comments section of their posts, fans are asking, “What happened to the baby?” Unfortunately, it seems like fans think something bad happened that’s causing the couple to limit their posts about their daughters.

Of course, everything is speculation at this point. Fans hope to see photos of the girls soon, but they seem to understand that Jinger and Jeremy Vuolo might want some privacy.

So, what do you think of the family’s new pictures? Let us know in the comments below.