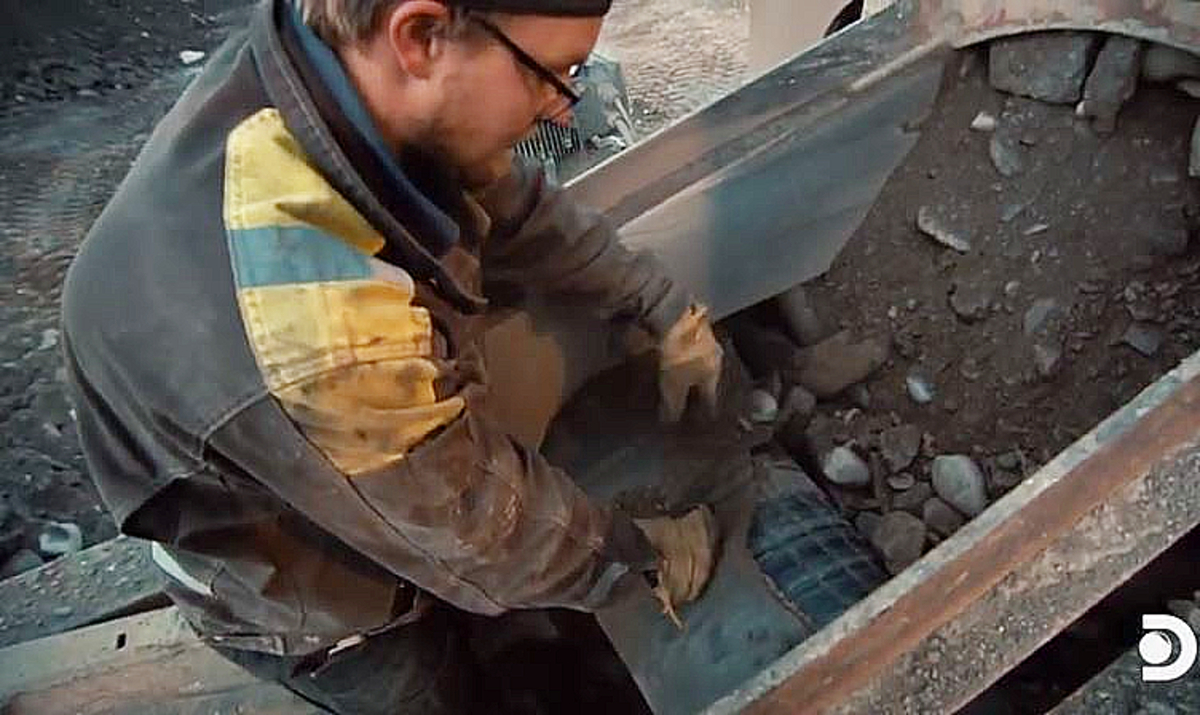 On tonight’s Gold Rush for Discovery, the season is coming to a close soon, but that doesn’t mean that Parker Schnabel is without problems or equipment headaches.

Case in point is that we see his go-to wash plant Sluicifer is not running.

This is Parker’s prized beast of a wash plant that can sort the gold from the rock as pay dirt is washed and shaken on a conveyor belt.

What happens to Parker Schnabel’s Sluificer?

Gold miner Parker Schnabel’s most productive wash plant Sluicifer has ground to a halt. On TV Show Ace’s exclusive preview clip, we see Team Parker discussing the issues with the mechanics of this enormous piece of machinery.

The men are working at what looks to be the break of dawn based on the light in the video clip.

Shane Smith says: “Yeah, I went in the cook shack for breakfast and I heard a radio call…something about the feeder belt had broke and the hopper was full. It’s not a good way to wake up in the morning.”

Wash plant boss Tyson Lee is first on the scene.

He says: “Oh I imagine Sluicifer will be down for the majority of today. The first order of business is to get as much dirt out of the hopper as possible and then start turning the hopper feeder apart and get a new belt on.”

He adds: “Yeah… there aren’t many days left in the season and you know with this happening it definitely doesn’t make our lives any
easier.”

Looking a bit worried, Alec Kelly says: “I mean judging by how it’s hanging I’d imagine it is.” He inspects the belt and it is obvious what went down, a huge tear in the belt.

Alec tells Shane: “Oh yeah, it tore the belt right in half by the looks of it. It looks like it happened right along, uh…the vulcanized edge there, and then the rest of it just gave way when there was nothing in the middle.

Shane notes that it’s never good when you have a belt break, and says: “We’re running out of time alright, [and] this is just another problem that we don’t need.”

Parker Schnabel kids in a social media post that she “rose up from hell to find gold.”

The plant is Parker’s main moneymaker. The construction is pretty impressive and the main run catches about 80% of the gold he recovers.

The width is 20 feet and the plant is mounted on pontoons. The washplant is large but lighter than most.

For leveling, it has hydraulic cylinders and is a self-leveling plant which saves Parker a ton of time. “As far as I am concerned it is the best of the best, says Parker in his Facebook post.

Tune in tonight to see how Team Schnabel rallies to fix this important piece of machinery to max out their gold production: