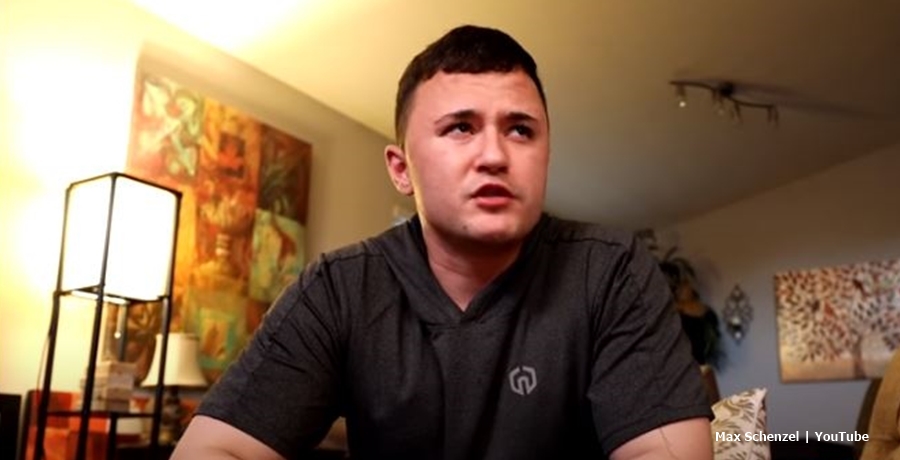 Chloe Mendoza & Max Schenzel battle it out as she renewed the restraining order against him. Naturally, the Unexpected alum feels that she’s being very unfair. In fact, he claimed that she used an innocent text that he sent her to get the renewal granted. So, he vowed that he intends to fight it. Bear in mind, the restraining order includes no contact with their child Ava.

The Unexpected alum feels it’s not all Chloe’s fault they are so estranged. In January 2020, we reported that her mom Jessica said a lot about his arrest for domestic assault. Arrested on a $500 Bail, Jessica said that he gave her “two back eyes.” And threw a phone at her. On Facebook, she added, “All I have seen is my daughter with 2 black eyes, a broken phone, showing up crying at my house, and Max being arrested over and over again. So NO I do not like this kid, and never will.”

Inexplicably, Chloes Mendoza & Max saw things differently. In the same post, Chloe wrote, “I was not hit. I asked Max to throw me his phone and when he threw it, it hit me in between my eyes causing a bump, we started fighting about it because I knew this wouldn’t look good to my parents.” And she claimed that neighbors called the cops, not her. However, she still went ahead with a restraining order. And now, she renewed it.

Since that incident, Chloe Mendoza & Max never really became amicable again. In fact, despite his rehab, job, and the lessons learned from jail, they throw each other under the bus often. Sometimes, it gets quite vicious. Clearly, these two TLC stars remain on totally different pages. And now, he claimed that she used a nice text he sent her as the basis for renewal after the original order expired.

‘Unexpected’: Max Schenzel Throws Chloe And Her Mom Under The Bus

Starcasm said that he took to his vlog on YouTube on March 10 and explained why he feels it’s all so unfair. Over on YouTube, the Unexpected star revealed the Chloe Mendoza & Max saga continues. He claimed that he went off to work but a message came in from the “Chandler Police.” It involved him and documents for the renewal. So, he asked why. And he claimed that he sent a really nice text to Chloe. He said, “Hey, I’ve been doing good. I’ve been sober for a year. I miss Ava. I want to know what you want me to do to see Ava.”

Max told Choe he wanted to ‘work as a team’

Additionally, Max noted, “I want to work as a team, you know? I want to co-parent with you and just be parents, you know? We don’t have to be together.” However, when Max sent that to Chloe, he broke his no-contact clause. He intends to fight it, so expect more about Chloe Mendoza & Max to play out on social media. You may watch the full video below:

What do you think about Chloe Mendoza and Max fighting it out again over the restraining order? Do you think she used the text he sent her unfairly? Sound off in the comments below.