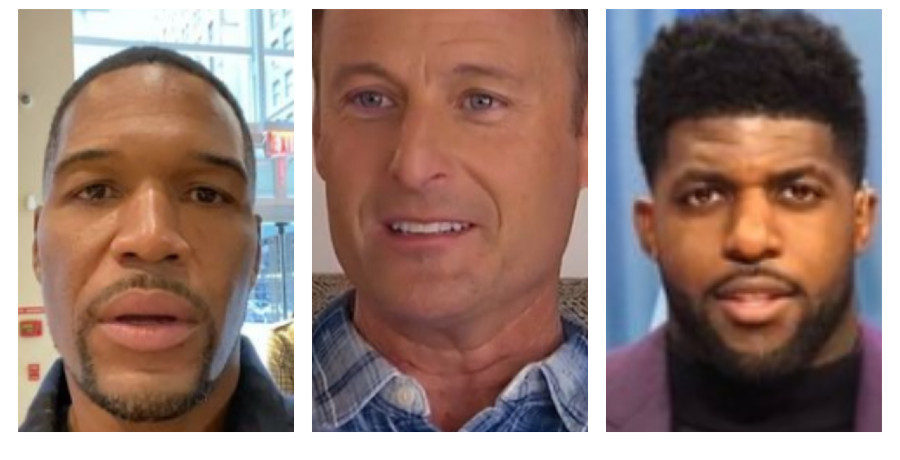 A new season of The Bachelorette is currently filming, but it is missing a very important component – a host. Chris Harrison said earlier this month that he plans to return to the franchise, but it seems the network put the brakes on that – for now.

According to spoiler maven Reality Steve, Matt James’ After the Final Rose sets up the next Bachelorette. Reportedly, an announcement is made regarding which of his cast-offs will get another chance at finding love. Get all those details here.

Rachel Lindsay recently confirmed that the new season is in production already. TMZ reported on March 12 that the cast and crew were already in New Mexico under quarantine. Due to the coronavirus pandemic, everyone involved in the show – from the contestants to the film crew – must quarantine for two weeks. Once quarantine is over, they can begin filming.

But the show needs a host. The outlet reveals that Chris Harrison isn’t in New Mexico. In fact, he has stayed mostly out of the public eye since the aftermath of his interview with Rachel Lindsay. In an attempt to defend Rachael Kirkconnell’s racially insensitive behavior, Harrison made ignorant statements of his own.

Chris Harrison takes time off to hit the golf course following his departure from The Bachelor https://t.co/rpAolV5Ok1

After public outcry, he took a step back from his hosting duties. Since the majority of The Bachelor is already filmed, viewers will see him up until the Season 25 finale on March 15. However, the After the Final Rose special following the finale will have a different host.

So, if Chris Harrison isn’t hosting The Bachelorette – who is?

Rumors about Chris Harrison’s replacement have been circulating social media for weeks. Some think Emmanuel Acho may be named as a short-term replacement host. Good Morning America’s Michael Strahan is another name thrown around as a candidate.

Reality Steve has yet to get any intel on the replacement host. According to TMZ, a decision won’t be made until the network sees how fans react to Emmanuel Acho.

In Reality Steve’s opinion, neither Acho or Strahan should take the gig. As he points out, Michael Strahan has to be in NYC five days a week for GMA. It’s unlikely he would take a few months off to travel to New Mexico for The Bachelorette.

As for Acho, Reality Steve doubts he would give up his Fox Sports show for a minor role on the ABC show.

As of now, the hosting job is still vacant.

Rachel Lindsay may or may not be leaving the Bachelor Nation franchise behind. But for now, she still has her ear to the ground. She recently spilled some tea about what’s going on behind-the-scenes on the new season of The Bachelorette.

The former Bachelorette was a guest on the Bachelor Party podcast earlier this week. Per Us Weekly, she revealed that the new season will go ahead as planned. In fact, she confirmed TMZ’s report that the two-week quarantine has begun.

But according to Rachel Lindsay, BIPOC are dropping out of the show. She said, “I have heard that there are several people of color who have removed themselves from the show, that were a part of casting for this current season.”

It’s unclear if she is referring to contestants or the behind-the-scenes employees.

Do you want Chris Harrison back as host ASAP or think he should lie low for a while? Let us know your thoughts in the comments.

Don’t forget to tune in to The Bachelor on Monday, March 15, to see who gets Matt James’ final rose.