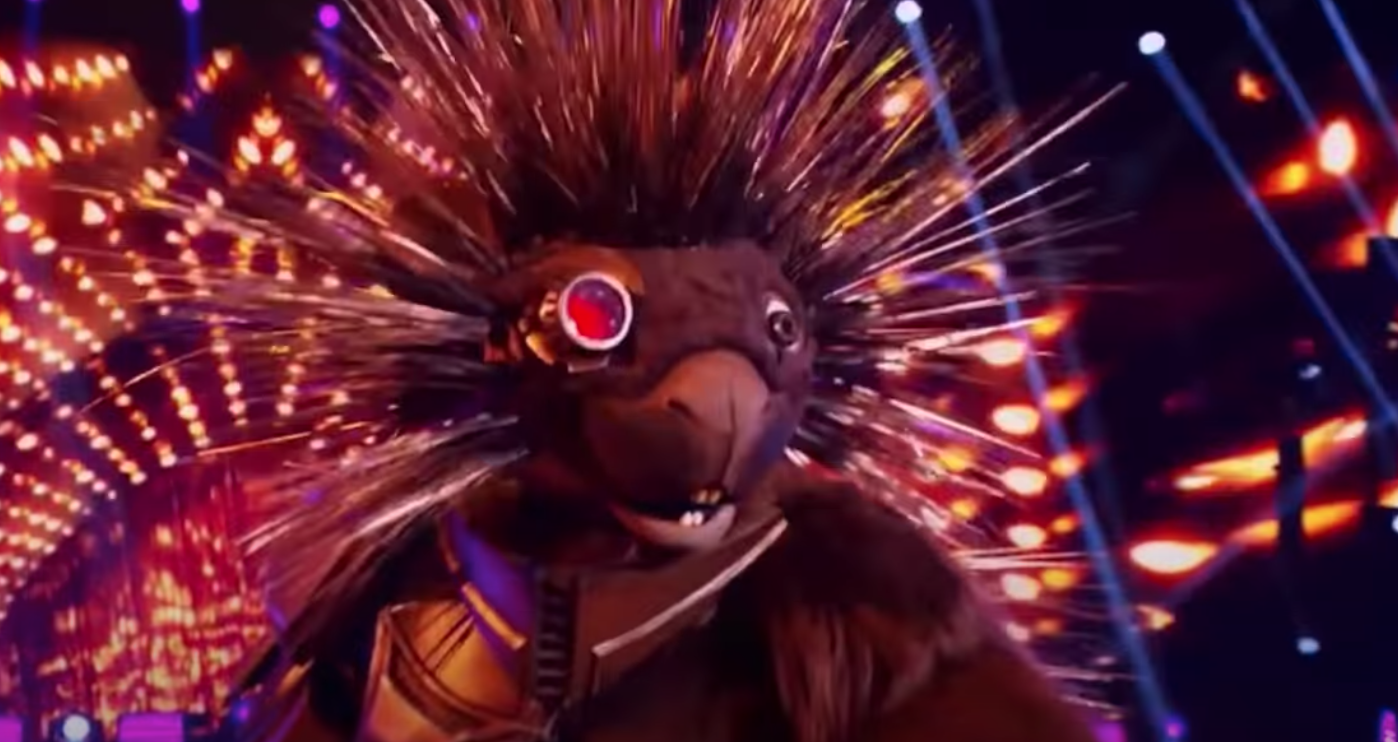 First, one thing should be made clear. Not only is this a porcupine, but it’s also a robot. That’s sure to come into play with the clue package. Why else would they combine the two? The porcupine has huge quills, one robot eye, and seems to be wearing some sort of metal outfit.

There were a few different clues shared with fans during the show. This porcupine has had 26 Grammy nominations, four Oscar nominations, nine multi-platinum singles, three Super Bowl appearances, six gold medals and two world records, Parade reveals about the singer.

The judges took their guesses at who the Masked Singer Porcupine (or Robopine as they prefers to be called) is. Robin Thicke is leaning towards Washington Ginuwine, Ken Jeong guessed Lionel Richie, Nicole Scherzinger, of course, guessed Jamie Foxx. Jenny McCarthy didn’t really have a solid idea but believes it is a triple threat style star.

What in the huh. Why am I so confused and turned on at the same time? #MaskedSinger pic.twitter.com/u8aLeoqVYl

As usual, Twitter has its own set of ideas on who is under the mask. While it is technically a Robopine, fans are still opting for the porcupine title.

They took to the platform during the show to express their opinions. Some are thinking Tyler Perry,  Tyrese, and Lelie Odom Jr.

“Porcupine sounds like Tyler Perry to me #maskedsinger,” one person tweets.

“The #Porcupine on #MaskedSinger is definitely @Tyrese #Period,” another says.

Another fan is also quite certain it’s Tyrese. “The robot porcupine man is Tyrese. I know that voice #MaskedSinger @MaskedSingerFOX.” they write.

“Is Robopine (robopine… so pretentious. f**k you it’s a porcupine) Leslie Odom Jr??? It sounds like him. There’s that lil statue of a founding father in the clues. I’m just… Is it? #MaskedSinger,” another asks.

Luckily The Masked Singer Porcupine didn’t go home last night. This means fans will get to guess again on who they think might be under the mask. And, they will get more clue packages so they can really make deep, educated guesses.

Did you watch The Masked Singer last night? Who do you think is under The Masked Singer Porcupine mask? Let us know in the comments below. Come back to TV Shows Ace for more news on your favorite reality TV stars.