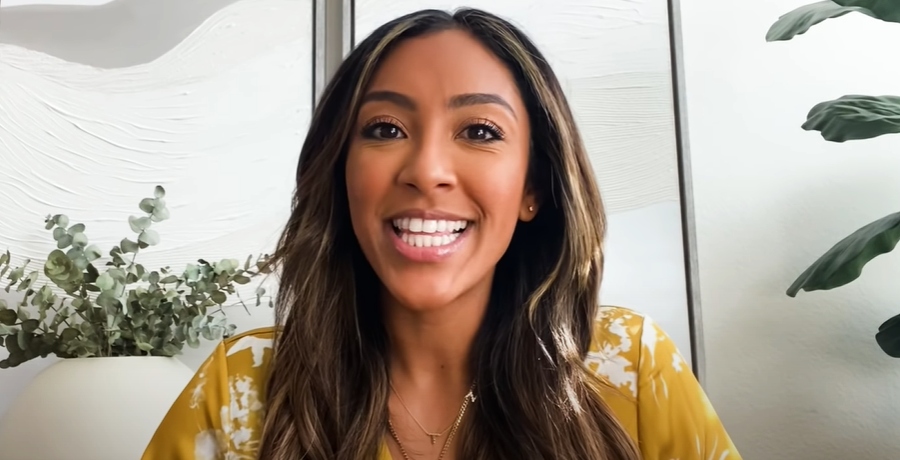 Tayshia Adams, a favorite Bachelorette among fans, shed some light on a Bachelor mystery recently. Often on the dates there is food on the table or a lovely spread prepared. Most of the time the people who are on the dates just look at the food. It can be a charcuterie board of massive proportions or a four-course meal.

They comment how good it looks and then they never eat. Recently while sharing a recipe for her Oatmeal Butterscotch cookies she talked about the phenomenon. Every date usually ends with dinner, but over and over the contestants walk away without taking a bite. Why? Tayshia Adams shared why.

What Did Tayshia Say About This Bachelor Mystery?

The reason this is such a huge Bachelor mystery is because all the stars have talked about it. In a round-about way. For example, they hashtagged clean plate club for a while on Instagram.

Tayshia said, “I know everybody is so concerned as to why we don’t ever eat the food on the dates.” According to Yahoo Life, she went on to say it’s because it’s hard to get the sound bytes while someone is eating. Fans can imagine listening to a lot of mouth noises wouldn’t be that sexy. She said they eat before going on dates so they aren’t starving. Tayshia added, “Sometimes the food looks kind of good and you want to poke at it, so that’s definitely happened.”

How Is Living And Cooking With Zac Clark?

After solving that Bachelor mystery, Tayshia talked about living with winner and fiance, Zac Clark. The couple is currently living at Zac’s place in NYC. It seems his bachelor pad doesn’t have the things Tayshia needs to really cook.

Tayshia said when they get to a bigger place they will cook all the time. Now, she says they just love going out in the city and ordering in. It’s important to note those rules don’t seem to apply if the date is centered around doing something like feeding each other Canadian food. Fans are still melting over Tayshia and Zac’s relationship. She had a skincare video and fans lost their minds over the Z necklace around her neck.

Tayshia also shared a picture in a pool and said, “remind me again why I moved to NYC midwinter.” Zac responded, “cause when the fountains thaw out we gonna swim in em.” Fans of the show know how special fountains are to the couple. One commented, “I’m going to watch your season again because of this comment.” Another said, “Zac you got any single brothers? I’m single bro.”

What do you think of the no-eating rule on the show? Do you find it weird? Comment with all your thoughts down below.

Nanny Faye Says ‘Free Britney’ And Fans Are Here For It
Todd Chrisley ‘Not Afraid Of Lawsuits’ Amid Being Sued For Slander
Wait, Is Abbie Duggar Pregnant? See New Photo With ’12 Weeks’ Sign
Proof Nic Kerdiles & Savannah Chrisley Are Back Together Surfaces?!
Tyler Cameron Gets Real About Hannah Brown Fantasy Suite & New Girlfriend