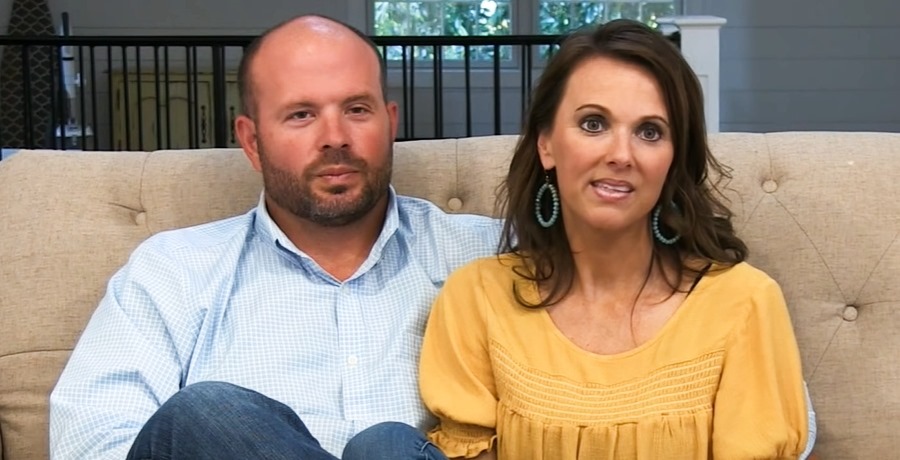 Sweet Home Sextuplets star Courtney Waldrop is freaking out over how her husband Eric Waldrop will react to her latest antics. The busy mom of nine kids adores her husband and children. Certainly, running a household, this large is exhausting for Courtney.

Luckily she gets help when Eric gets home from work. However, lately, Eric’s been falling asleep on the job, and Courtney is calling him out with proof.

Sweet Home Sextuplets celeb Eric Waldrop is one of the hardest working men in reality television. He is the energizer bunny of all dads. He runs his own landscape business. That is a physically demanding job in and of itself. Then he coaches the softball teams of his older boys Saylor Walddrop  Wells Waldrop and Bridge Waldrop. Plus, he spends time helping Courtney with the chores around the house and spending time with the sextuplets. This all after a long busy day.

Lately, the Sweet Home Sextuplets father of nine has been falling asleep on the job. Not once but twice this week, Courtney snapped the photo evidence of her exhausted husband asleep on the couch surrounded by a few of their kids. Of course, it’s a precious moment. But now Courtney’s wondering if maybe she’s gone a bit too far.

Courtney Says Eric Will Kill Her

Sweet Home Sextuplets mom Courtney Waldrop is rethinking her latest post of her sleeping hubby. The above picture was taken after the family spent a long day playing in the dirt. No doubt, chasing after nine very active kids, including six toddlers, will certainly wear out anyone. But this day really seemed to kick Eric’s rear end.

Courtney couldn’t resist sharing the sweet snapshot of her tired husband asleep on the couch. He’s with three of the younger kids. And the two girls have also fallen asleep, just like their daddy. Their brother is wide awake but appears to be just a few mins away from joining the others in sleepy time.

Courtney Waldrop shared a few days ago a picture of her had working husband knocked out on the couch. The Sweet Home Sextuplets personality says she believes Eric was mid-sentence talking to her when she realized he fell asleep.

No one can question or doubt how hard Eric Waldrop works to provide for his family. He is a very involved father with all his children. However, sometimes Eric needs to slow things down a bit. So clearly, this is his body’s way of letting him know he needs a break —at least for the night.