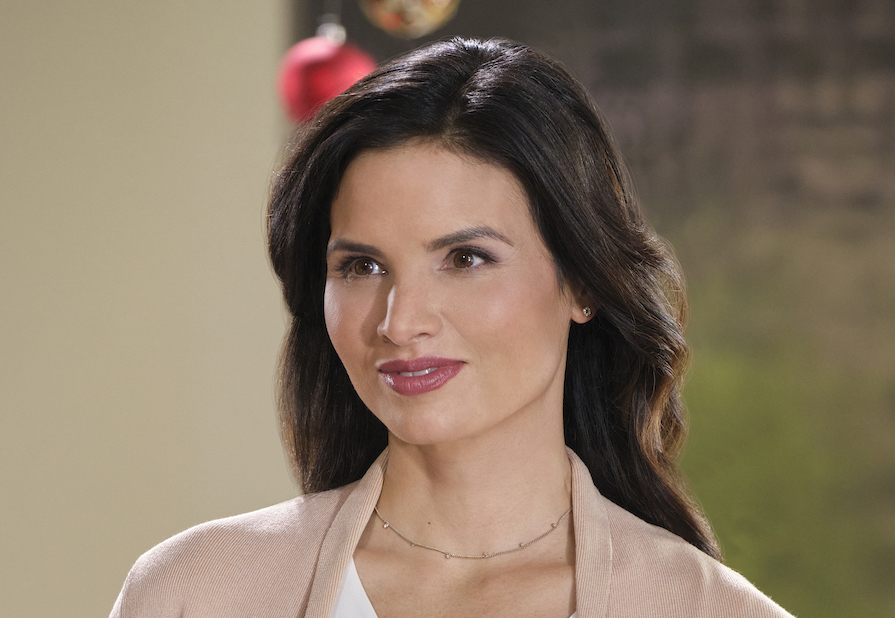 Arrow star and Hallmark Christmas movie fan favorite, Katrina Law, is going to be on NCIS. What do we know about her new role? Moreover, what else is next with the talented action and romantic lead?

Katrina Law is going NCIS as Agent Jessica Knight. According to Deadline, the Hawaii Five-O alum is part of the “formidable REACT Team agent who specializes in hostage negotiations and handles daily high-risk operations with skill and precision.”

In addition, Jessica sounds like she is a tough cookie. “Sharp, athletic, and tough, she was raised by a single mother and had to fight for everything in life and is damn good at it. Fiercely tenacious and with a wry sense of humor, Jessica is married to a stay-at-home dad who is raising their infant son.”

So, if anyone thought that there could be a competition for Torres or Gibbs’ heart, think again. Agent Knight is a package deal. Maybe she and McGee can share some babysitting duties?

Most importantly, her presence indicates some pretty intense storylines. If Jessica Knight specializes in “high risk” operations, it sounds like that is the direction that NCIS is headed.

Katrina Law is a good choice for the top CBS series. A black belt in karate, she has killer martial arts skills. NCIS has not had a sort of kick-butt character like her since, well, Ziva David. In addition, she is a popular romantic lead. Just ask Hallmark fans.

Hallmark fans consider Katrina Law a Christmas queen. In particular, her first two movies, Snow Bride and The 12 Gifts of Christmas are considered two of Hallmark’s best holiday movies ever. After a hiatus, she was back in 2020 in Christmas With the Darlings, alongside Carlo Marks. Fans want more.

Now, as Hallmark starts to rev up their 2021 Countdown To Christmas filming, fans are already starting to dreamcast Law. One fan tweeted, “Do you have pairing requests for future @hallmarkchannel @hallmarkmovie movies?…here’s one of mine: #Hearties alum, Clayton James & Katrina Law #Hallmarkies #Hallmark @MichelleVicary @claytonJChitty @katrinalaw.”

When Does NCIS Role Start?

Katrina Law will appear in the last two episodes of NCIS Season 18. Moreover, if the series is renewed, she will be a series regular. Right now, a new season would be NCIS Season 19. Right now, there is no indication that the top series will end anytime soon.

As for Hallmark, could Law find a way to include a new Hallmark Christmas movie into her now busy schedule? Thankfully, they film these movies in just a few weeks. However, there is currently a two-week coronavirus quarantine, should they film in Vancouver. Perhaps Law could film in the states and avoid such a long time commitment.

‘When Calls The Heart’ Season 8 Final Episode Longer Than Usual- Why?
Lindsie Chrisley’s Day Is Off To A BAD Start & Here’s Why
‘LPBW’ Amy Roloff Dishes Personal Details On Mother’s Day
Does Ivy Seewald Have A Future On ‘American Idol?’
CBS’ ‘Mom’ Series Finale Recap: May 13