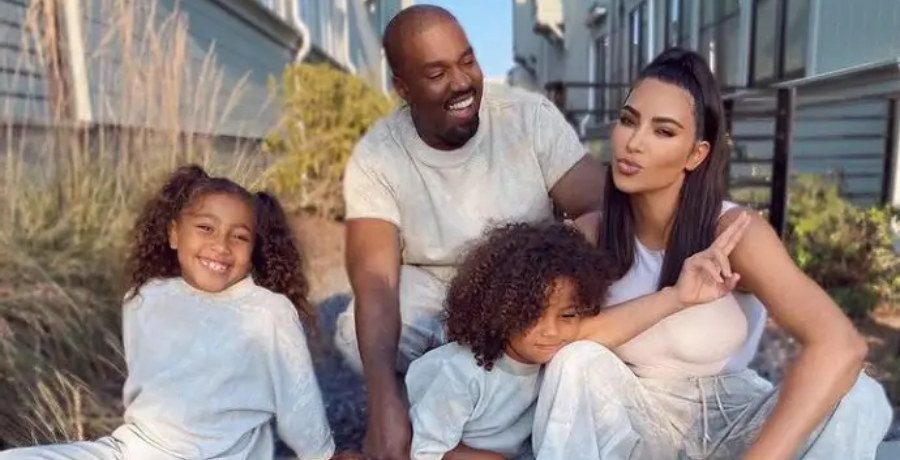 Kim Kardashian and Kanye West are no longer on speaking terms. Kanye won’t even take Kim’s calls. Instead, he told the KUWTK star to call his team. According to a new report, the “Jesus Is King” rapper changed his phone number. He advised that his estranged wife should contact his security team if she ever needs him.

This comes after Kim filed the divorce papers. She was the one who called it quits. Despite the communication issues, the couple wants to work on co-parenting their four children. But Kanye agreed to visit his children only when Kim is not at home.

On Thursday, March 11, an insider spilled the details to Page Six. According to the anonymous source, Kanye West changed his phone number since Kim filed for divorce. It sounds like their divorce is about to get messy. The couple isn’t even on speaking terms as they navigate their co-parenting relationship.

“Even before Kim filed for divorce, Kanye changed his numbers and said, ‘You can contact me through my security,'” the insider told Page Six.

But the couple still wants to successfully co-parent their four children. Since they have “an army of nannies,” their arrangement will be simple. Another source told People that Kanye requested for Kim not to be home during his visits.

“Kanye has been spending time with all the kids,” the source said. “A nanny is around during the visits. Kim has not been around for the visits, at Kanye’s request.”

Even long before their divorce, Kim, and Kanye were living separate lives. Regardless, the couple wants to co-parent successfully despite their lack of communication. Both Kim and Kanye aren’t taking the split well, according to People. An insider told the magazine that the Yeezy designer “knew it was coming, but that doesn’t make any easier” while Kim is “sad about it” and has a hard time staying “positive.”

In the Keeping Up with the Kardashians series finale teaser, Kim breaks down and calls herself a “f***ing loser.” Meanwhile, her younger sister, Kendall Jenner, tearfully listens. ET Online reported that the SKIMS founder has been spending a lot of time with her family amid the divorce.

“Her family has been spending so much time together, whether it be one-on-one get-togethers, family dates, having her kids spend time with Kris [Jenner], and more,” the source said. “The entire family has acted as a huge support system for Kim. Kim has also made it a point to keep herself busy. She is not interested in dating right now and is focused on her family and healing the situation.”

Kim, as well as the Kardashian-Jenner clan, have been “coaching” her children about her publicized divorce. The final season of Keeping Up with the Kardashians premieres on Thursday, March 18 at 8 p.m. ET on E!.