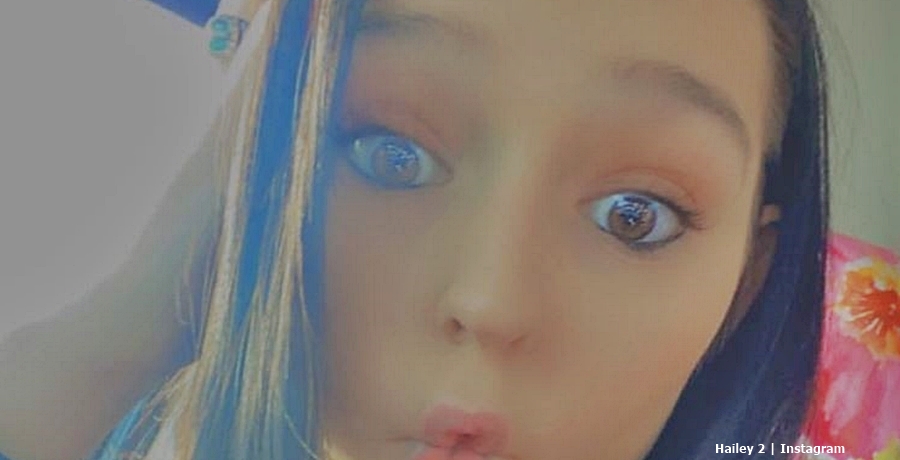 Hailey Tilford, better known as Hailey 2 from Unexpected, went away from Instagram for a bit. The TLC star posts less since she and Matthew split again. And since Cole Smith left her life. She took a lot of heat from fans who heard she took up a relationship with Matthew Blevins’ uncle. And rumors ran round that she had an affair with Matthew’s half-sister. However, as her son Levi nears his first birthday she started posting again a week ago after a three-week hiatus.

We reported that Hailey got quite upset with fans who trolled on her about Cole Smith and allegations she took up with Matthew’s uncle. And in his post, he suggested, or fans took it that way, that she also became the lover of Matthew’s half-sister. Possibly fed up with all the critics, she seemingly disappeared off Instagram for a while. However, TLC fans know that sooner or later, the stars return again.

Plenty of speculation also ran around about Hailey 2, Unexpected alum, and her ex, Matthew Blevins. Some fans thought they got back together again as friends with benefits. She allowed him to co-parent but then she later slammed him for taking no interest in Levi. Actually, depending on her mood, fans think she flip-flops a lot. Finally, she let the world know that her new dude was the uncle.

Now she returned to Instagram, but people might wonder why? After all, she just shared about promoting products.

When Hailey 2 returned, it seems the Unexpected alum just popped up for promotional shoutouts. But she said that she felt unwell which accounted for her being away. Maybe that the truth. But it’s not clear that she often suffers from an illness, though her dad battled with cancer. Maybe she stayed away as her followers get irritated with her attitude. One fan commented, “she…knew she was putting her business on live tv for millions of people to see. She…didn’t have to have such a nasty attitude towards people.”

However, there’s another possible reason why Hailey 2, Unexpected alum returned to Instagram. A week ago, she shared a photo of her son Levi aged 11 months. So, shortly, he hits one-year-old. Quite often, fans like sending gifts for the kids on TLC. Maybe fans see a bit more of her in days to come as the big day draws near.

What do you think of Hailey 2, Unexpected alum going away from Instagram for a bit? Do you think she felt sick? Or is she back now thinking about fans sending gifts for Levis’ birthday? It certainly looks like she just returned this time for some promo ads. Sound off your thoughts in the comments below.