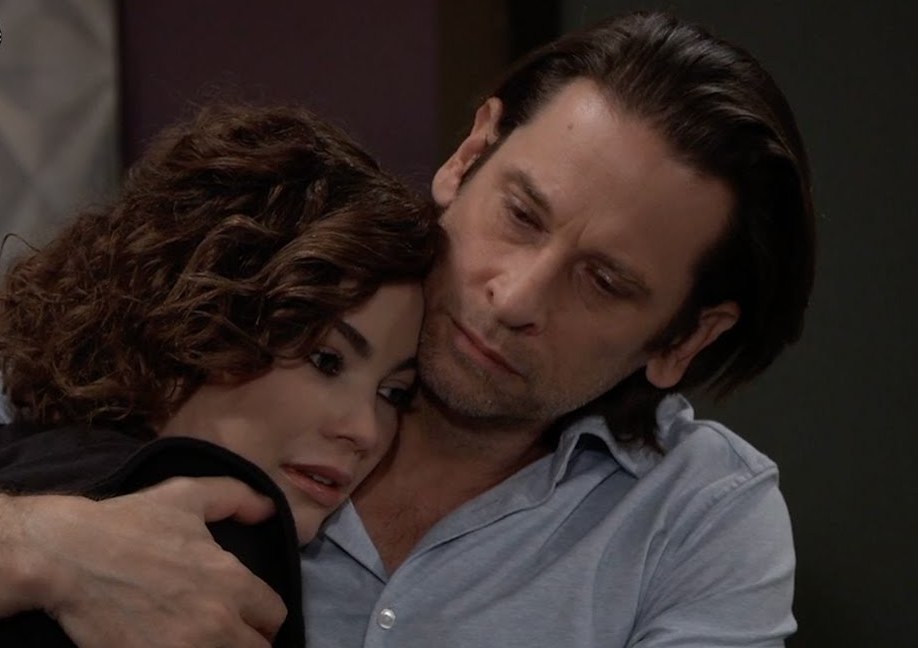 General Hospital spoilers for Thursday’s episode suggest that tears and anger will flow throughout Port Charles. Elizabeth and Cameron are both shattered by Franco’s stunning death. As the week continues, word about this tragedy will spread quickly.

Elizabeth already told Cameron about Franco’s death, and it nearly destroyed both of them. They decided to wait to tell Aiden and Jake, but the Twitter sneak peek indicates she’ll have others to face during Thursday’s show too.

The preview shows Elizabeth talking to someone, realizing that they don’t know about Franco yet. Spoilers from SheKnows Soaps signal that this may be her childhood friend Terry.

Apparently, Terry will reach out to Elizabeth. She may be looking to simply catch up with her long-time friend, and she’ll likely ask about Franco’s treatments. Liz’s childhood friend diagnosed the return of Franco’s tumor, and it seems she may have been in the dark about many of the more recent developments.

Terry has a lot to catch up with at this point, and she’ll surely do her best to support her friend during this incredibly difficult time.

"I cannot lose you. I won't." #GH pic.twitter.com/PVraGvxECy

It took a long time for Cameron to connect with Franco. However, once the teen did accept Franco, the two became incredibly close. Given that, the news crushed Cam. Now, General Hospital spoilers detail that the teen won’t just sit quietly and grieve.

Cameron will spend time with his besties Trina and Josslyn during Thursday’s episode. He admits that he needs their help, and it seems they’re a little concerned to hear what he has in mind.

General Hospital spoilers note that he will ask them to help him solve some sort of mystery. Viewers know that these three have collaborated on some potentially dangerous snooping missions before. Despite that history, they really have no idea what they’re up against here.

Will Cameron be determined to find out who killed Franco? Elizabeth is convinced Jason shot Franco. If the teens discover Peter’s involvement, it could lead to major trouble.

Emotions Run High During The Next General Hospital

Elsewhere in town, spoilers detail that Sam asks someone for a favor. In addition, Anna and Jackie will bond over the lies they’ve told their significant others. Viewers will also see Chase stumble onto something that wasn’t meant for him.

Could Chase inadvertently see the DNA results that Finn had run? If he were to learn he’s Finn’s son rather than Gregory’s before anybody else, it could certainly cause some significant drama.

Spoilers for General Hospital hint that there are juicy twists and turns on the way and fans will not want to miss a minute of what’s ahead.