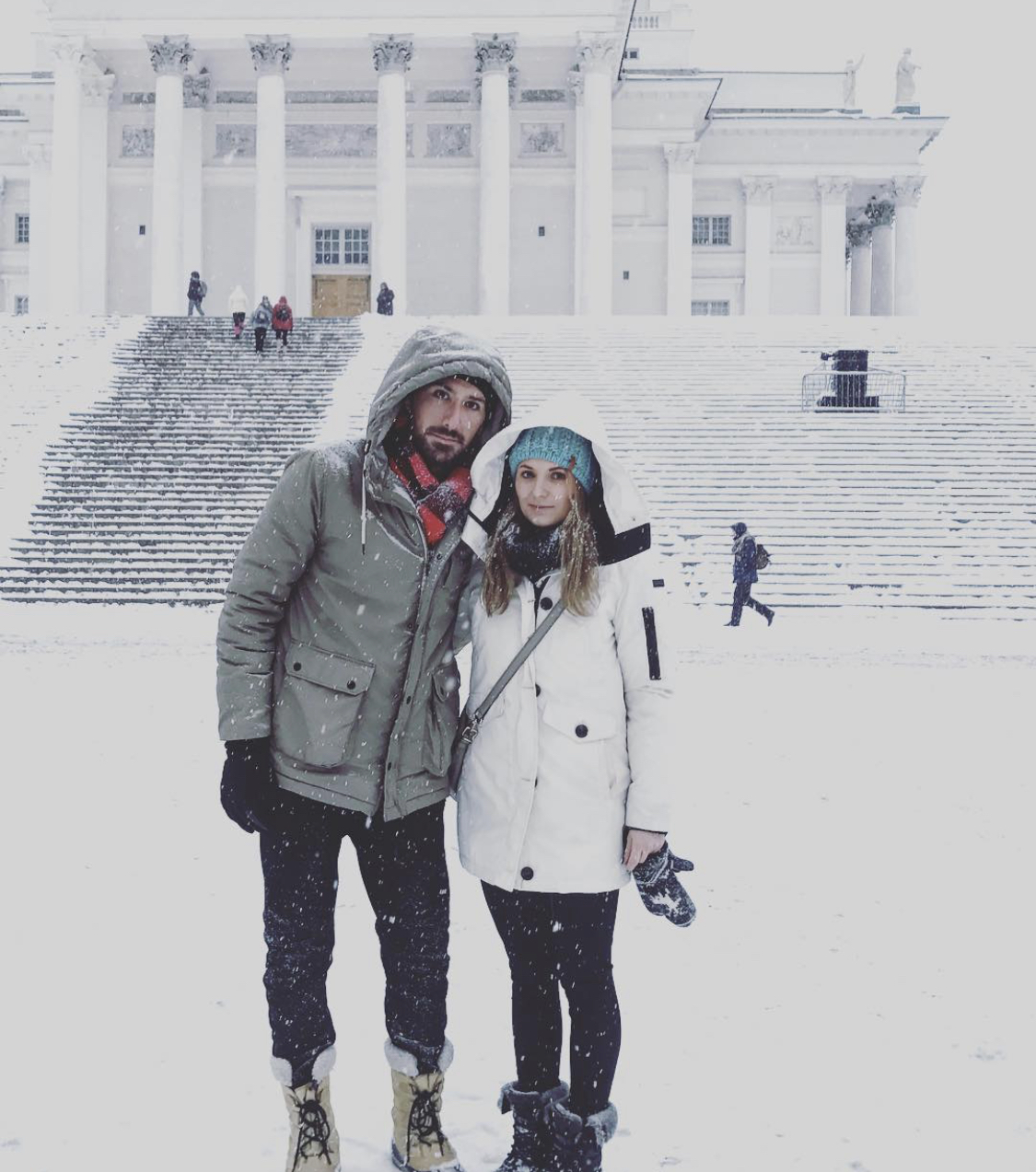 TV Shows Ace recently got the chance to talk to the couple behind the “90 Day Fiance Crazy In Love” podcast. They are the only 90 Day Fiance recap podcast hosted by an international couple. This makes them have great insight and it is worth checking out. Here is what they had to say.

Get to know Jon and Teresa

Tell the readers a bit about your relationship.

Tereza’s parents don’t speak much English, and Jon speaks even less Czech, so the language barrier is a real thing and we can relate to that aspect of 90 Day Fiance big time.

Jon had never been to Europe before meeting Tereza (he has now been multiple times) so there are definite elements of 90 Day The Other Way in our relationship too. From Tereza telling Jon how they keep a fish in their bathtub before cooking it for Christmas dinner (Tereza’s Czech stories are a big hit with our listeners)…to Jon going out with a group of Tereza’s friends and being the only one who can’t speak the language, we sympathize with the cast of 90 Day all the time.

We have adopted many Czech traditions and sayings into our life here in America. Instead of cheersing when we drink we say Na Zdravi…we say Dobrou Chut before we eat…and we make classic Czech dishes for holidays.

With the pandemic we haven’t been able to travel back to Europe to see Tereza’s family, so we are doing a lot of Facetime and her parents even say they listen to the podcast…even though they probably don’t understand the majority of what we’re saying. I think they just like hearing our voices.”

How did you meet?

“We met in NYC in 2015 when Tereza (from the Czech Republic) was studying on her student Visa and Jon (from Connecticut) moved to the city for work. We were both lonely in the Big Apple and signed up for Tinder. After countless left swipes we saw each other, swiped right and met for drinks later that week. We got engaged in 2018, married in 2019 and subsequently went through the Green Card process.” 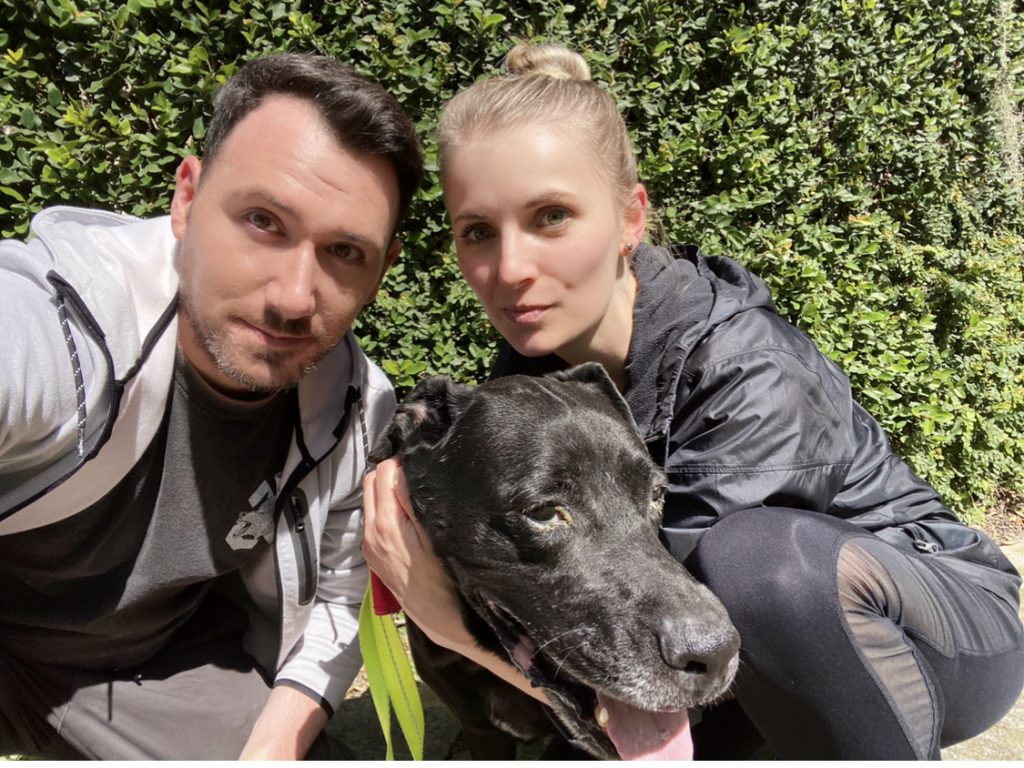 Would you ever do reality television?

Tereza: “No. I like my privacy too much. I think I’m an introvert. And I don’t
know if I’d like the attention that comes with the show. Especially on social media, people can be so mean. On the podcast we try only to joke about things cast members are in control of. Like Natalie this season. She chooses to do her makeup like that. So we choose to poke fun of it :)”

Jon: “I kind of always wanted to be on The Real World when I was in high school but these days I don’t know. I think I’m pretty introverted too. I might be tempted to do a show like 90 Day Fiancé just to see how things work from a production standpoint, but at the end of the day I don’t think I actually would.”

Where did this idea for your podcast come from for you?

“Jon introduced 90 Day Fiance to Tereza while living in NYC. Jon had been a fan of the show since Day 1, and one night when we had nothing to watch asked Tereza if she knew of the show. She didn’t. Hesitantly Jon pulled up the show OnDemand, unsure if Tereza would be offended by the premise, since some of the couples were clearly scamming their way into America. Jon was scared Tereza might think he was questioning if she was doing the same.

Tereza sat in complete silence for the first episode. But when it ended she just said “What are you waiting for…play the next episode.” We watched until 3am that morning. From that point on Tereza was just as hooked as Jon.

Since we both loved the show, we tossed the idea of a podcast around for a while after seeing a hole in the market. We were surprised we couldn’t find a podcast where an international couple was covering 90 Day Fiance. We knew we could provide a unique perspective
and compare our journey to those couples on the show

Fast forward to quarantine, June 2020. In addition to a baby boom, we’re pretty sure lockdown led to a podcast boom. And we were part of it. Sitting at home month after month we finally said, let’s do that 90 Day Podcast we’ve been talking about. We got a couple mics, went
into our closet and recorded.

We named the show 90 Day Fiance Crazy In Love because we’re crazy in love with the show but we also think a lot of these stories are just plain crazy.”

What kind of following do you have?

“We have an awesome listener base. Many fans have become more like friends. I’m sure it’s this way with a lot of podcasts but we were pleasantly surprised to see the number of people who wanted to reach out, message us, whether to talk about the show or just wish us
Happy Holidays.

We have an international following which is awesome. The majority of our listeners are in the US and Canada, but we also have a decent following in the UK, France and of course Czech. Right now the podcast is seeing around 5,000 downloads a month and we’re really feeling
like people are enjoying the podcast because we’re seeing episode over episode growth.”

More about their podcast

When can your new podcasts be heard and how?

“We release our podcast on Monday nights. That covers whatever airs Sunday on TLC. Right now we’re also doing a Throwback Thursday podcast where we are covering Danielle and Mohamed’s Journey from Discovery Plus. That drops Thursday mornings.

You can find our podcast on all major podcast platforms. Just search “90 Day Fiance Crazy In Love” or you can listen at 90DayPodcast.com.”

What social media can you be followed on?

“We’re most active on Instagram @90DayCrazyInLove. We do Sunday Night Live there where we go Live after the episode on Sunday nights at 10:05 pm. We have a good group that tunes in and we just chat for 30-45 minutes about the most recent episode.”

You want to make sure you check out this podcast as soon as you get a chance!

Uncle Dale Mills Encourages Danielle Busby To Wear Something ‘Skanky’
Whitney Way Thore Tired, Exhausted, & Annoyed By It All
Is This A Sign ‘Bringing Up Bates’ Will Be Canceled?
Wait, Was Anna Duggar Just Spotted For First Time After Josh’s Arrest?
‘DWTS’ Pros Sasha Farber And Emma Slater On Parenthood Possibility