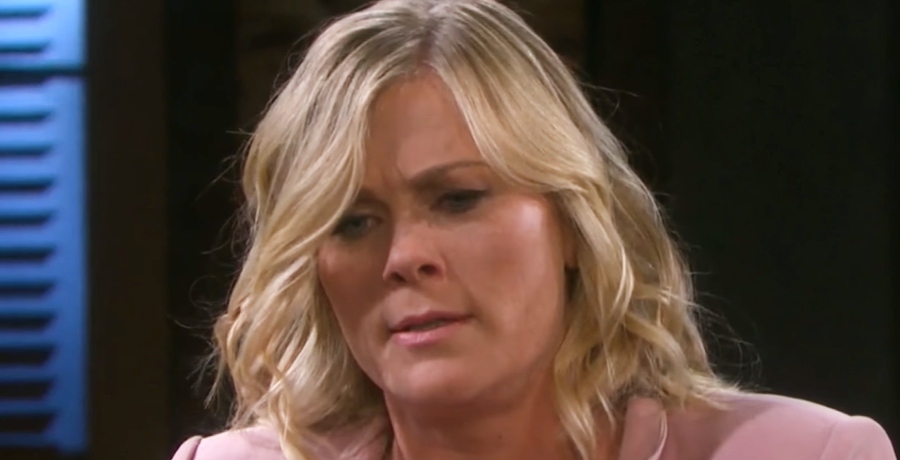 Days of Our Lives spoilers confirm Sami Brady (Alison Sweeney) is still in custody for the murder of Charlie Dale (Mike Manning). Of course, it doesn’t bode well for her that she’s found at the home of the man who raped her daughter Allie Horton (Lindsay Arnold). Plus, she was caught literally with a smoking gun in her hands.

However, this is Salem, and the first suspect apprehended rarely is the actual perpetrator. Sami’s been vague and squirrelly even with her lawyer/sister Belle Black (Martha Madison). The evidence is piling up, and Rafe’s case is getting stronger. So who exactly is Sami covering for on the NBC soap?

Days of Our Lives Spoilers: Sami Brady Keeps Lying As Evidence Piles Up

Days of Our Lives spoilers know lying is like breathing to Sami Brady. However, when it comes to any of her children there’s not much Sami Brady will not do to protect them. So, of course, when she learned her daughter’s rapist would go unpunished, she took matters into her own hands.

Days of Our Lives spoilers showed Sami caught red-handed with the gun moments after Charlie was shot and killed. However, we certainly do not know if she found him dead and then picked up the gun in panic. We also do not know what Sami saw prior. It’s extremely possible Sami saw the person who actually shot Charlie and is doing what any mom would do and protect her child.

But is it Allie she’s covering for? There are a few other people in her life Sami would go this far to protect. Just because her prints are on the gun and residue on her clothes doesn’t mean Sami’s the one who shot and killed Charlie Dale. However, the evidence is mounting against her.

There really is a whole different energy on the show every time Sami shows up. #Days pic.twitter.com/7vL7fq0nOS

Days of Our Lives spoilers show Belle Black’s tired of her big sister’s lies. Lying is second nature to Sami, but Sami needs to come clean fast with the truth if Belle represents her. Belle’s a top-notch lawyer. So certainly Sami’s in good hands. No doubt Belle will be able to do some fancy lawyering and get Sami off, especially if Sami’s protecting someone in both Sami and Belle’s immediate family.

Days of Our Lives spoilers remind John Black (Drake Hogestyn) cannot account for a few hours after he threatened Charlie.  John remembers hearing a gunshot but isn’t sure if he shot the guy,  if he saw the shooter, or just heard it in the distance. It’s likely Sami believes John shot Charlie and is covering for him. Certainly, she feels guilt about triggering that aneurysm even though she was told it wasn’t her fault.

Sami and Belle were great today! They've come such a long way since Sami tried to sell her on the black market! 😂 #Days pic.twitter.com/WcyTn1qFJu

Days of Our Lives: Sami Makes a Confession To Lucas

Days of Our Lives spoilers suggest Sami Brady confesses to Lucas Horton (Bryan Dattilo). Indeed it looks as though Sami believes Allie’s the one who shot Charlie. Heck, Allie’s acting odd and somewhat guilty. She did pull a gun on Tripp Dalton (Lucas Adams). But is Allie the one who Sami confides to Lucas is the shooter?

Days of Our Lives spoilers remind Lucas, like Sami, will also take the fall for his children. Recall he went to prison for shooting EJ DiMera (James Scott) when it, in fact, it was Will Horton (Chandler Masey who shot EJ. Spoilers tease Lucas once again will step up and take the wrap. This time for his daughter Allie. This would get Sami off the hook and allow him to protect their daughter as well on the NBC soap.