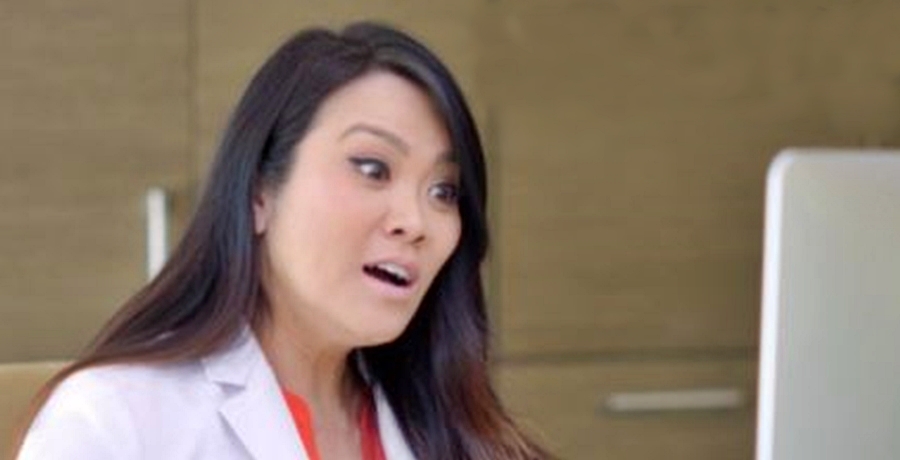 ‘Cherry-sized Pilar Cyst’ captioned a clip shared for Dr. Pimple Popper by TLC. Fans of the show watch it because they find pussy popping things fascinating. Or, because they can actually watch without throwing up their breakfast. But increasingly, it seems that fans find the show a bit hard to stomach. One fan speculated that maybe it’s got something to do with age as they really can’t watch it anymore.

Last year when the TLC show went on hiatus due to the coronavirus, Dr. Lee kept fans who love gross things amused. She shared a video that revealed Dr. Lee first making a small cut into a cyst. Loads of puss came out in a rather disgusting long string. And one fan who commented about it making them think of “ice cream” nearly made other fans toss their breakfast. One fan said, “Gives a whole new meaning to head cheese.”

Now that TLC shared about the “Cherry-sized Pilar Cyst,” fans feel grateful that Instagram comes with a warning. One of them wrote, “Thank you for censoring this so I didn’t have to lose my dinner scrolling my own timeline.” Well, that fan is not alone in funding such gruesome things shard to swallow. One follower noted, “I don’t think I can watch it with my old age.”

Hard to stomach for many people

It doesn’t help squeamish tummies that the caption also said, “She let me earn this cherry pit trophy here!” 🍒 And, a lot of fans just can’t take it. It’s so hard to stomach that some people can’t bring themselves to even click on the video. Despite that, many people enjoyed the clip of the cherry-sized Pilar Cyst on Dr. Pimple Popper. One of them wrote, “The way that whole cyst came out like that was so satisfying.” This makes others wonder if there’s something wrong with people who enjoy this sort of thing.

Actually, Dr. Lee does some excellent work and helps many people get their lives back after disfiguring skin problems. It seems that a cherry-sized Pilar Cyst isn’t all that uncommon. Skinsite.com reports that they often form on the “scalp.” Just under the skin, they are filled with “keratin” and lurk just under the skin. Occasionally they might feel a bit painful and tender. But sometimes they can spread and “form rapidly multiplying (proliferating) pilar tumors.” However, they seldom become cancerous. Interestingly, these cysts often “run in families.” And middle-aged women are more likely to get them.

What did you think of the cherry-sized Pilar Cyst? Do you enjoy watching this sort of show? Or do you find it all rather too hard to stomach? Sound off in the comments below.