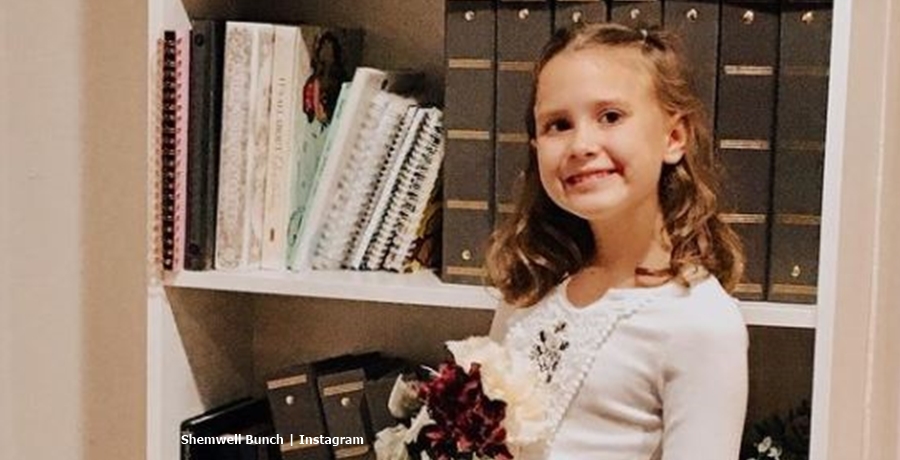 The Blended Bunch, Sophie Means is a bright-eyed little girl aged eight.  The show brings another mega-sized family to TLC. So, figuring out all the kids might become problematic. Fortunately, the Shemwell family shares photos and details of the kids on Instagram. Fans already met Harper Shemwell. Now’s your chance to become acquainted with Sophie.

The Blended Bunch – Sophie is the same age as Harper

We reported that Harper seems like a sunny personality. And, from the photos that the Shewell Bunch shared on Instagram, she gets along fine with Sophie. They are the same age, but that doesn’t make them twins. The two girls came from different families. When Spencer lost his wife Aimee, she left him with four kids, “Brayden, age 12; Harper, age 8, Avery, age 6; and Bexley, age 4.” Meanwhile, Eric also lost her partner, Tony Means.

InTouch Weekly reminds fans that Erica’s husband died of brain cancer. When he passed away, he left behind seven kids. These included The Blended Bunch Sophie and her siblings. Their names are “Landon, 12, Emma, 10, Lily, 9…Tanner, 6, Amelia, 5, and Caleb.” In the show, fans see the two families amalgamate into one big family. And, it’s pretty hard going For Sophie’s mom, Erica. In fact, her brother Quinn got irritated with Spencer Shemwell, as he didn’t notice that Erica suffers from panic attacks.

The Blended Bunch Sophie smiled very sweetly for the camera in the photos that the Shemwell Bunch shared. Three photos arrived, and in one of them, she hugs her new-found sister, Harper. The caption explained that when her dad passed away, Sophie was just four years old. Her birthday’s in May. Plus, she really seems like a very sweet kid. The caption also described her as “clever, playful, smart, good natured…and easy going.” Well, ” most of the time,” anyway.

The Blended Bunch Sophie, like Harper, also enjoys art and reading. While Harper enjoys her hoverboard, Sophie likes riding her bike and playing around with her scooter. Plus, “she absolutely loves to sing.” In a nice testimonial, the caption also explained that Erica’s daughter seems like a “big momma’s girl.” She also brings a good trait in her loyalty. Fans seem very keen on meeting these new kids on the TLC block.

One person who seems to know the family from The Bended Bunch commented on Sophie. They said, “She is also a Kitty 🐈 and super funny in interview! 😍.” And another one said that Erica’s daughter seems very “cute.”

Are you looking forward to seeing The Blended Bunch Sophie talking in interviews on the TLC show? It sounds like she brings a good sense of humor and fun to the show. Shout out your thoughts in the comments below.