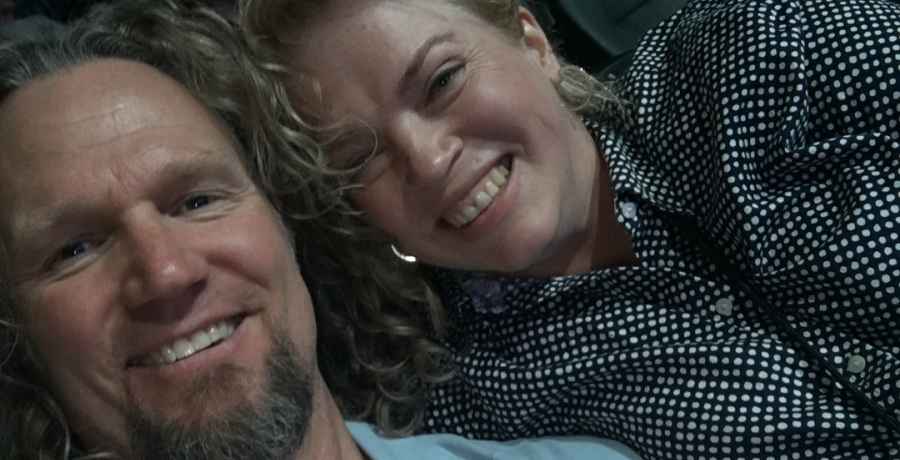 Sister Wives fans noted a blemish above Janelle Brown’s lip on the TLC show when it returned in February. They reached out to the reality TV star, as they were truly concerned over Janelle’s health. This week, Brown made a post on her Instagram. After she got the blemish checked out by specialists, the diagnosis was a non-malignant form of skin cancer. While she had the blemish removed she wants to raise awareness among her fans about the seriousness of skin cancer.

Janelle Brown and her three sister wives, Christine, Meri and Robyn, have featured on Sister Wives since 2010. In a recent Instagram post, the TLC reality star said fans had reached out to her after spotting a blemish above her lip. This was when the latest season premiered in February.

Janelle, 51, decided to see a specialist about a blemish above her lips. The diagnosis was a non-malignant form of skin cancer. In her Instagram post, Brown wrote that it was basal cell carcinoma. She had the blemish safely removed and while her condition wasn’t serious, Janelle hopes to raise awareness among her fans.

In her lengthy Instagram post, Janelle said she had started to see what looked like a scar develop in an area on her lip. She mentioned that this is where all her cold sores of the past two decades have erupted. Brown said at first, she thought it was a new cold sore forming. However, it never developed and just stayed.

As time went by, Janelle noticed it continuing to grown. In fact, over the next year, it slowly increased in size. She tried treating the blemish with every scar medication she could find. Janelle believed it was her body’s reaction to years of trauma to that area of her face.

Unfortunately, her doctor’s appointment was delayed by the coronavirus pandemic. However, when she did see the specialist, the diagnosis was basal cell carcinoma. This is a form of non-malignant skin cancer that still needed to be removed. Janelle wrote that thankfully, the procedure was successful and the blemish is gone.

Even though it turned out to be harmless, the diagnosis was no surprise to the TLC reality star. She said she does regularly use sunscreen to protect her skin from sun damage. Janelle wrote, “You have to know that I am very, very careful to always apply sunscreen. I have always burned so easily so really cannot go out, ever, without some sort of protection.”

However, she did say she hadn’t thought to have the blemish checked out, because it just looked like scar tissue. Brown said she has had cold sores in that area since her early 20s, so it didn’t occur to her to have it checked out.

While her diagnosis was a happy one, Janelle went on to warn her fans and friends. She wrote, “Even if it seems like it couldn’t be skin cancer, it doesn’t hurt to have your doctor look at it.” Read the full post on Instagram here.

Keep up with Sister Wives on TLC, Sundays at 10 pm ET.

‘You, Me & My Ex’ Coming To TLC: Here’s What We Know So Far
‘Loki’ Reveals MASSIVE Flaw In ‘Avengers: Endgame’
WOW! Matt Roloff’s 2021 Net Worth Might Shock You
‘LPBW’ Matt Roloff Making The Rounds Like A Rockstar
Protective Order Issued In Josh Duggar’s Case