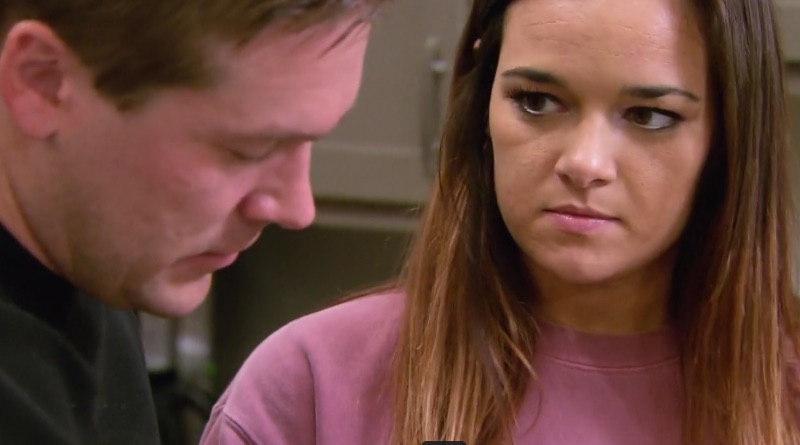 Married at First Sight spoilers for the rest of the season show Virginia Coombs in tears. And she admits that she wants to run from her husband, Erik Lake.

The spark was certainly there early for Virginia Coombs and Erik Lake on Married at First Sight. They both revealed early on that they found each other attractive. And at least initially, it seemed like the experts hit it out of the park with this match. But as Lifetime watchers know, early chemistry doesn’t always translate to a long-term marriage.

Meanwhile, there’s a honeymoon phase for the new couples on Married at First Sight. And Erik and Virginia really hit the ground running as far as that goes. At one point, the husband and wife told pastor Calvin Roberson that they both play with their rings just to make sure it’s real.

As Married at First Sight watchers know, that initial honeymoon phase can be misleading for some couples. It’s easy to ride the wave of a new marriage and get caught up in the good feelings. But things can turn drastically once the pairs settle into everyday life and the real world kicks in.

In a lot of ways, Erik Lake and Virginia Coombs seem to be in different phases of their lives. Virginia seems to want to party and live a care-free lifestyle. Meanwhile, Erik Lake is considerably more conservative when it comes to things like that. Virginia told him that it’s a habit of hers to fall asleep on the couches of male friends. And that’s something Erik wasn’t happy to hear from his new wife.

Is Married at First Sight Husband Too Controlling?

Things turned for the Married at First Sight pair after that initial honeymoon phase. Virginia Coombs still wants her freedom even though she is a wife to her new husband, Erik Lake. And she doesn’t like the idea of having to check in with him. Meanwhile, Erik feels like she sees their relationship as more of a boyfriend and girlfriend dynamic than a marriage.

Meanwhile, Married at First Sight spoilers for the rest of the season show Virginia Coombs reaches her limit with Erik Lake. At one point in teasers, she is in tears. And she says on-camera that she wants to “run” from her husband. So there’s a lot of drama ahead as the couples get closer and closer to Decision Day. And it’s worth tuning in to see if Erik and Virginia find a way to turn things around before that.

‘My 600-Lb. Life’ Star Melissa Marescot Gives Exclusive Interview Update
Farrah Abraham Flashes Bare Booty, Gets Candid About Plastic Surgery
‘DWTS’ Pro Gleb Savchenko Has Some Exciting News — What Is It?
Did Lala Kent Throw Shade At Scheana Shay’s Appearance?!
Paris Hilton Joining ‘RHOBH’ Would Be ‘Hunky Dory’ With Fans, But Will She? Kathy Spills All