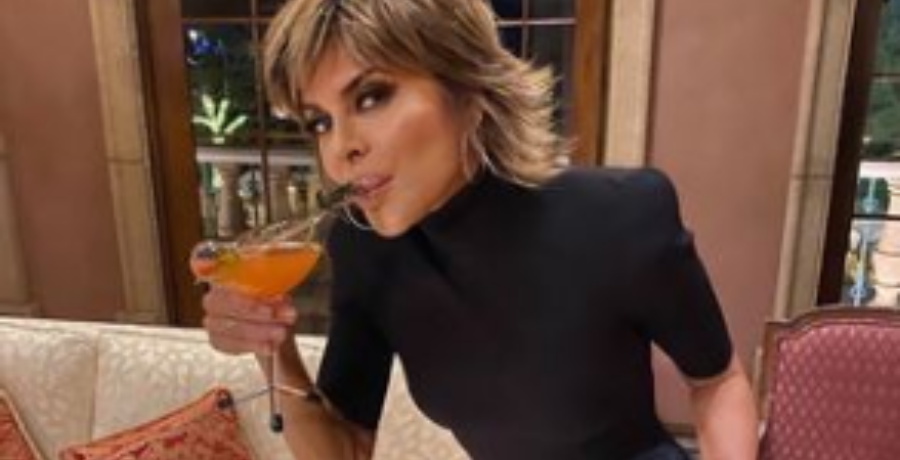 Lisa Rinna and her family could get their own reality show. Keeping Up with the Kardashians will be coming to an end. Now, there are rumors that Rinna’s family could replace the family reality series. That means they could make the move from The Real Housewives of Beverly Hills to their own series.

Maybe it would be called Running with the Rinnas. There are also reports about how Rinna really feels about Amelia Hamlin’s relationship with Scott Disick. Fans raised their eyebrows at the 18-year age gap. But Rinna hasn’t spoken publicly about it. She could be saving that for Season 11 of RHOBH.

Lisa Rinna set to star in her own reality series?

According to Reality Blurb, Lisa Rinna and her family could replace the Kardashians. In February, an insider told OK! Magazine that Rinna, her husband, Harry Hamlin, and their two model daughters are “solid reality TV gold.”

“There’s already been talk about Lisa picking up the torch,” an insider told the tabloid. “Lisa has a proven track record as one of the most popular cast members on [The Real Housewives of Beverly Hills], and most people can’t get enough of Amelia and Delilah these days.”

Since KUWTK is coming to an end, the E! Network could be looking for its next TV family. They want to replicate the concept with Rinna and Harry’s family.

“E! execs are dreading the day the [Kar-Jenners] go off the air, but Lisa’s family could be the answer to their prayers,” the source said.

Apparently, the show could start as early as next fall. That would mean Rinna would leave the Bravo series behind. But another insider said there is “no truth” to these rumors. Even Rinna joked about the rumor on Instagram. She commented: “Really? When do we start?”

How does the RHOBH star feel about her daughter’s relationship?

Lisa Rinna was reportedly “skeptical” of Amelia Hamlin’s relationship with Scott. Another insider told Us Weekly that Rinna and Harry weren’t sure how to take the news of their daughter’s new relationship.

“Her parents were skeptical at first,” the insider told Us Weekly. “But seeing their daughter happy makes them feel better about their relationship.”

Amelia has appeared in previous seasons of RHOBH. She even opened up about her struggles with anxiety and her eating disorder. But it’s unclear whether the model will address her controversial relationship on the show. Another source told the magazine that Scott won’t make an appearance, “but never say never.”

As for the Kardashian-Jenner clan, they seem to have warmed up to Amelia. They feel that “Scott and Amelia are in a really good place.” But nobody knows if Rinna will discuss Amelia and Scott’s relationship on the show. She hasn’t shied away from discussing her daughter’s boyfriends in the past.

The Real Housewives of Beverly Hills Season 11 has not been announced.