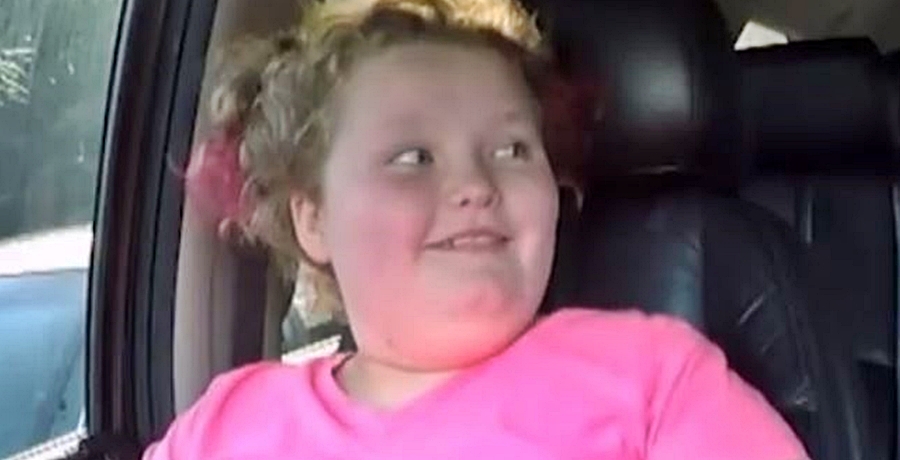 Honey Boo Boo, WEtv star from Mama June started off her career on TLC’s Toddlers & Tiaras. The teen learned long ago to work the ramp in the pageant show. And it looks like she still pulls it off, although she’s not a toddler these days. Pumpkin Efird’s sister’s real name is Alana Thompson, but the moniker simply stuck. Especially after her next TV series, Here Comes Honey Boo Boo.

We reported that Mama June’s daughter Alana worked hard at losing some weight. Unfortunately, like her mom, she struggles with keeping her weight down. And unfortunately, many trolls slam the 15-year-old teen. But she resolutely ignores them. Or, she tells them where to get off. And she continues with efforts at becoming fit and healthy. In fact, some recent photos revealed that she managed to shed some of that weight. And, her sister Pumpkin looks really good as well.

Honey Boo Boo’s WEtv fans seem very happy that she loses weight as many of them genuinely worry that she might face health problems. Her sister Pumpkin also tries hard and as Alana lives with her, maybe she inspires her little sister. Still a bit bigger than average, she nevertheless took to the fashion ramp with enthusiasm and style. The scene of her working it came from the Mama June WeTv account on Instagram on Tuesday, March 9.

As Mama June: Road To Redemption nears the start of the season, fans see Honey Boo Boo WEtv clips on Instagram. It’s not clear if the clip they shared this week features in the new show. It premieres on March 19 at 9 p.m. ET on WE tv. However, possibly it does show her rocking the ramp in the show. The caption read, “Strut your stuff!” Fans will need to tune and watch to find out more. In the snippet, fans saw the teen wearing high heels, leggings, a blue tee, and some bracelets.

Speaking to the camera, looking rather more made-up, Honey Boo Boo told her WEtv fans that her mom always told her to “work it.” In the comments section, fans spoke about how confident she looked. One of them wrote, “My daughter is a big girl and [I] wish she had self confidence like you do. @honeybooboo she is 16 and beautiful too.”

Other Honey Boo Boo WEtv fans told her that they still think she’s really cute. And some just expressed their love for Mama June’s daughter. In the upcoming season, fans really hope that June and her daughters finally reunite after her time away in rehab with Geno Doak. Recall, in Family Crisis, June Shannon became estranged from her entire family.