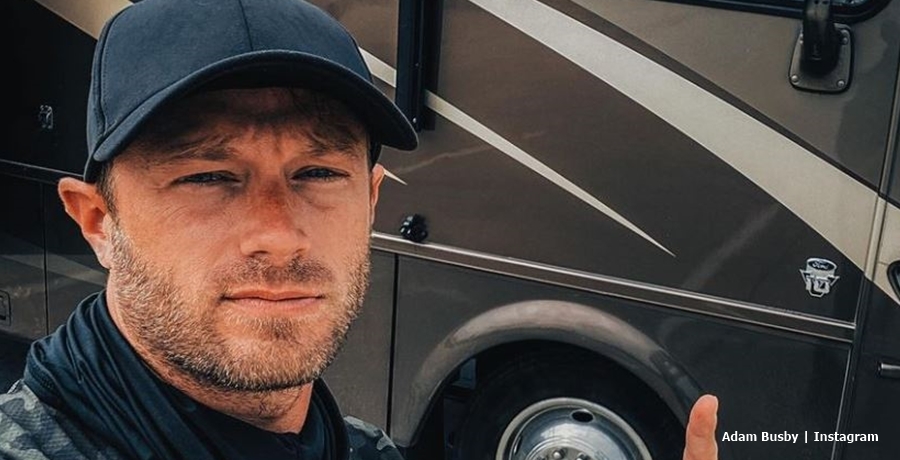 Good Morning America interviewed the OutDaughtered family and Adam Busby took fans behind the scene as he prepared for the zoom conference. He told fans that the whole family sits on the sofa. And obviously, he really got organized for it. He seemed very excited about GMA. Some of the quints came up and mentioned it when he shared some clips on his Instagram Stories.

Adam Busby revealed that their appearance on the famous morning show would come after the third episode of the current season. He promised an interesting episode and fans saw that come out in the show. We reported that after Uncle Dale Mills tested positive for COVID-19, production paused. But, the show goes on without Dale for the time being. TLC made sure that Adam Busby’s fully set up for filming their own episodes.

So, that probably explains why Adam Busby seemed fully equipped for the Good Morning America segment. If you watched Episode 3 ahead of GMA, you’ll know that the family planned a trip in an RV. But, first, they all underwent testing. Only Uncle Dale tested positive once. The rest came back negative. So, they set off in very rainy weather with rather fractious kids and finally made it to their campground destination. Everyone missed Uncle Dale. But, he turned up and brightened their day. He told them he passed another two COVID-19 tests.

Behind the scene with Adam Busby

Talking about Good Morning America, after he reminded fans to tune in and watch Episode 3 of Season 8, Adam revealed all the equipment. He said that he carefully set it all up for the “zoom” appearance in the show. And, they had to make sure all the family sat on the sofa. Obviously, it takes good equipment for sound, connectivity, and the camera to all work out well. The girls and Danielle joined him there and they all sat there looking like angels. Which fans know isn’t always the case with the quints who fought and cried on the RV trip.

Actually, it’s not the first time that the Busby family appeared on Good Morning America. Ahead of Season 2, the quints were still very much babies when they appeared on the show. That time, they flew all the way from Texas with all those tiny kids. During that interview, the hosts noticed how mature and nurturing Blayke seemed with her little sisters. And of course, Riley stole the show.

As Adam Busby noted, they try and be as organized as possible. After all, millions of people tune in and watch the GMA show.