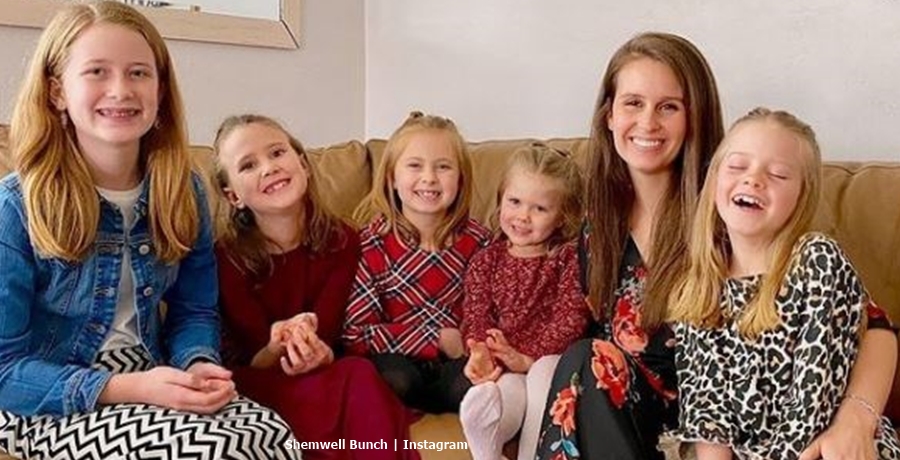 The Blended Bunch brings another large family to TLC. New, fans still try and figure out who’s who in the family. The show premieres on  TLC on Tuesday, March 16 at 9 p.m. ET. If you don’t already know, Erica Shemwell and Spencer Shemwell met online after their first respective spouses passed away. Nowadays, the couple raises their two sets of kids under one roof. Here’s a chance for you to get to know Harper, the daughter of Spencer Shemwell.

The Blended Bunch brings 11 kids to TLC, Harper is one of them

In The Blended Bunch, Harper and Sophie are the same age, so fans really hope they end up good friends. But everyone who watches these shows with loads of kids always like to know who’s who. However, sometimes it takes an impressive memory. Recall, Doubling Down With the Derricos brought a whopping 15 kids. And fans just got to know some of them when the season ended. Fortunately, the Shewell family shared some info about Harper this week.

Lots of kids and some family drama in the show

InTouch Weekly reports that The Blended Bunch is not focused solely on the kids. Sometimes, Ericka worries that Spencer wishes his wife Aimee was still around instead of her. And her brother Quinn objects because Spencer and Erica want to amalgamate the kids into one family. Marrying and adopting all the kids sounds “crazy” to him. But in the teasers for the show, the kids seem to adjust quite well to their new family circumstances. And Harper seems like a very sweet kid.

The Shemwell Bunch account on Ingram shared a bit more about her. They posted a photo of the Blended Bunch kid. In the caption, they noted, “Harper was born to Spencer and Aimee in April of 2012.” That meant she hit the age of five when her mom died. She just adores playing around on her hoverboard, and enjoys cooking as well. Artistic, she makes “mini-books” and enjoys chatting with her family and all her friends. And, she makes friends easily.

Harper sound like sunny personality in The Blended Bunch

It sounds like Harper comes with a sunny personality. So maybe The Blended Bunch fans see her laughing and smiling a lot. The Instagram page also noted, “Those who knew Aimee say that Harper is her little mini me in looks and in her personality as well.”

Now you know which kid is Harper, check back with us often and get to know other members of the cast.