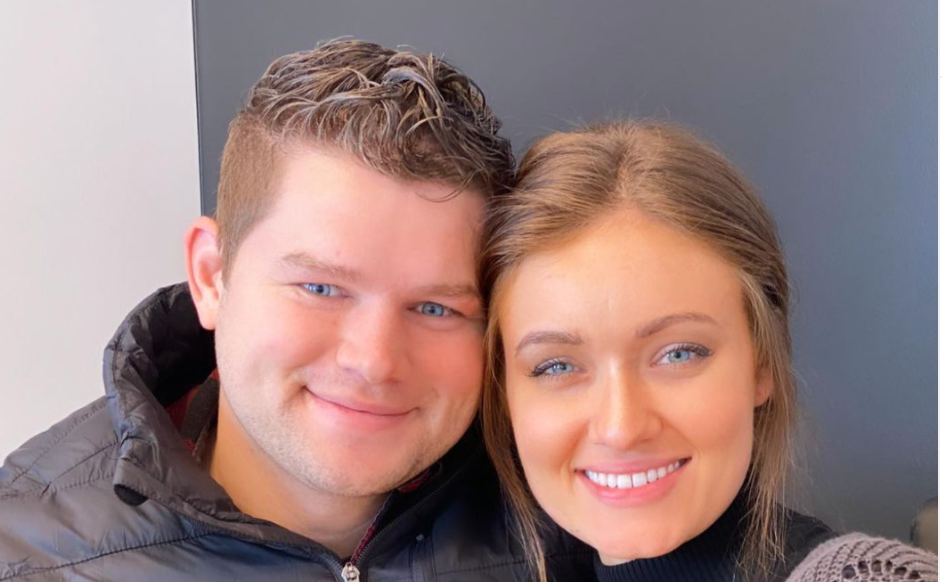 Nathan Bates & Esther Keyes recently made headlines after possibly tying the knot under the radar. It seems that they were only wearing promise or purity rings though. Now, it’s looking like they might be engaged. Read on to see the evidence.

On Instagram, Nathan shared a video of himself and Esther enjoying the view while on a road trip. The couple stopped at a canyon and sat on the edge. The Bates son sweetly writes, “Most amazing view ever! 😍” and says that the canyon was pretty to look at too. He also reveals that a photographer took the photos featured in the short video.

In the video clip, fans are having a hard time seeing Esther’s ring finger, and they think she may be wearing an engagement ring. Of course, since she typically wears a promise ring and so does Nathan, it’s hard to know for sure.

One fan writes, “I smell engagement photo shoot!” Others chime in, saying how happy they think the couple seems. It would make sense if they were going to get married soon.

Zola is a website couples can use to plan their weddings. Notably, Katie Joy of Without a Crystal Ball spotted Nathan and Esther’s registry on the website. Note that the registry uses Nathan’s given name, Kenneth, but fans know him as Nathaniel or Nathan.

Katie shared a screenshot. One of her followers tracked down a date, July 3, 2021. The registry has since been deleted from the website.

Why might Nathan Bates & Esther Keyes be waiting to announce their engagement?

There’s no proof that Nathan and Esther are truly engaged and in the wedding-planning process, but it seems possible. They might not be able to announce it yet because of the Bates family’s UpTV show, Bringing Up Bates. The show will premiere in April 2021, so an official announcement could be right around the corner. Often reality TV stars have deals with their networks and aren’t able to share big announcements like this prior to the news being featured on the show. You can see the trailer here.

Fans are hopeful that an official announcement is coming soon. They really love the couple together and know wedding bells are in their future.

So, do you think that Nathan Bates & Esther Keyes are engaged and planning their wedding? Or do you think they’re still dating? Share your thoughts in the comments below.