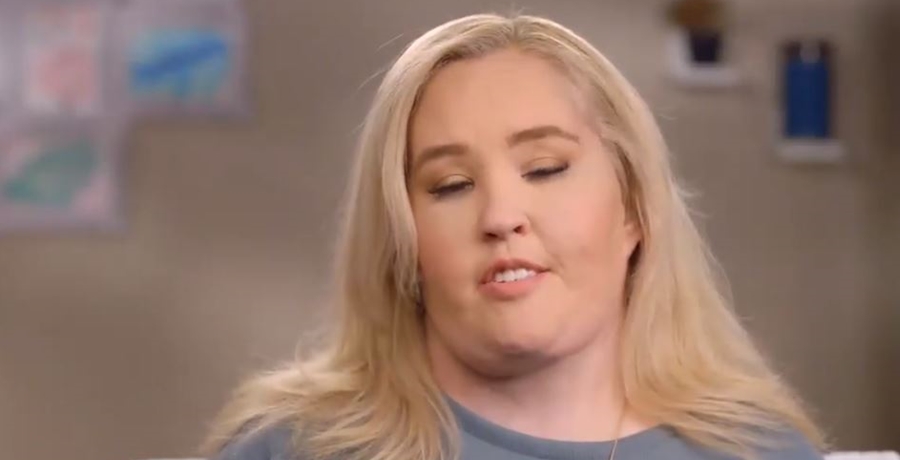 Mama June Shannon took to her Instagram Stories on International Women’s Day, 2021. And she pretty much slammed men. However, her message seemed very empowering for women around the world. She also shared some nice photos of her daughters and sister on the same day. And she reminded her many fans that Mama June: Road To Redemption premieres soon.

International Women’s Day is a time for empowering other women. On March 8, June took to her Instagram and celebrated it. But of all the family, probably critics of Honey Boo Boo should ease up a bit on how the teen is constantly attacked for her weight. And for the way she uses make-up and sometimes acts too old for her age.  Just the day before International Women’s Day, she responded to critics and told them to just “take a seat.”

Meanwhile, Mama June Shannon, unlike critics of her youngest daughter, rather empowers women. Even if it comes at the cost of seeming a bit hard on men. But then, fans of the WEtv show know that she made some poor choices with them in the past. The Sun UK reported on January 27, that she and Geno celebrated one year of sobriety. So, it seems their rehab came with a lot of success. In Road to Redemption, fans watch her journey as June digs her way out of drug addiction. But some critics hate that she still remains with Geno. And many of them blame him for her predicament.

What did Honey Boo Boo’s mom say about men?

On her Instagram Stories card, Mama June Shannon wrote, “to all my females [followers] happy International woman’s day let’s stay strong.” Then she added, “n keep giving men hell everywhere.” Ouch for the men, but a nice thought for women everywhere who still fight for equality across the world. And June probably also put out the support for those women who end up parent-shamed, body-shamed, and otherwise slandered on social media.

By supporting and shouting out for other females on International Women’s Day, Mama June Shannon lends her voice to many other celebs who do the same thing. This year, the day celebrates “Women in leadership: Achieving an equal future in a COVID-19 world.” Plus, the main mission always comes along every year which is to promote an equal future free from stigma, stereotypes, and violence. The United Nations hopes that awareness leads to more” effective participation and leadership in all areas of life.”

In her message about men, Mama June Shannon probably didn’t mean to slam them and “give them hell.” Her fans know that she sometimes comes over a bit aggressively but in jest rather than in all seriousness.

Roloff Family Celebrate ‘Baby J’s New Milestone – See The Adorable Snaps
Duggar Fans Not Impressed With Family’s Response To Josh’s Allegations
‘Below Deck’ Drama: Why Ciara Duggan Is Feuding With Jessica More
Lindsie Chrisley’s Day Is Off To A BAD Start & Here’s Why
Joshua Bassett Confuses Fans: Is He Coming Out?