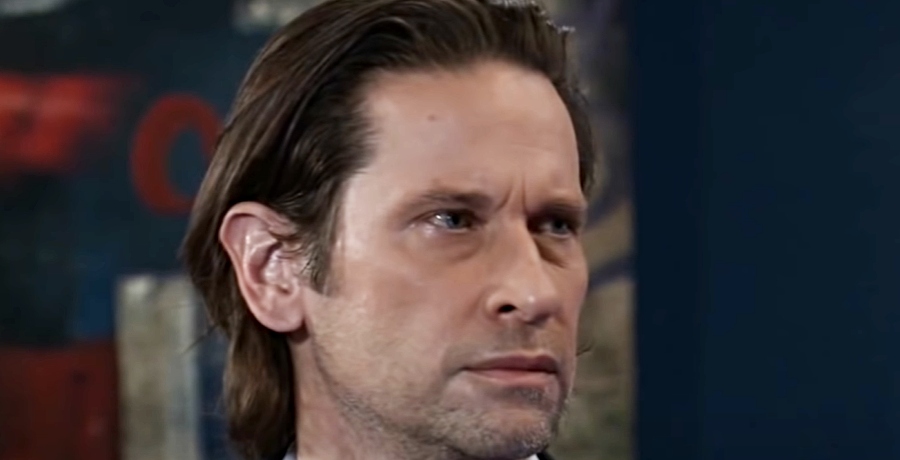 General Hospital fans were in for a shock at the conclusion of the episode airing Tuesday, March 9. A much-beloved character died after getting shot in the chest. Is the character dead-dead or soap-dead?

Soap viewers were on the edge of their seats when the dirty deeds of Peter (Wes Ramsey) came to light. His wedding to Maxie (Kirsten Storms) was interrupted by the truth about his lies. In short order, it was revealed that Alex, not Anna (both played by Finola Hughes,) was Peter’s mother.

Furthermore, Anna confirmed that Peter was responsible for the plane crash that killed Drew (Billy Miller.)

Franco (Roger Howarth) later kidnaps Peter and threatens him unless he confesses. Many fans thought they were seeing the end of Peter. But the tables turned and Franco was the one on the wrong side of the gun.

After getting shot in the heart, Franco dies as Elizabeth (Rebecca Herbst) attempts to revive him.

While soaps are infamous for bringing people back from the dead, a gunshot to the heart is hard to come back from. Is Franco dead for real?

Soap fans are flocking to Twitter to express their dismay over Franco’s death. Many would have preferred if Peter died. Actor Wes Ramsey recently came under fire from GH vet Tristan Rogers for being unsuited for the villainous role.

Drew, Julian, Lulu, Franco…. All these characters with strong loyal fanbases & you get rid of ALL of them but keep Peeter?!?! PEETER?!?!?! A character that has maybe 5 people who actually like him?!?! Even DUSTIN had loads more fans than Peeter & wanted him to stay! #GH pic.twitter.com/q5lzhKzEEv

My #Friz loving heart is in shambles right now. I never thought I’d come around to Franco but I did, and he loved the hell out of Liz and her boys. I can’t believe they killed him off. This sucks. 🥺 #GH pic.twitter.com/ZFfgTEf9u5

Franco may be dead, but Roger Howarth is still part of the GH cast. He spoke with Soap Opera Digest about Franco’s exit from the canvas. The beloved actor didn’t spill any details about his return to the soap.

However, he did assure fans that he WILL be back. Might he bring his One Life To Live character, Todd Manning, to Port Charles?

Shout to #RogerHowarth! I need to find old episodes of #OLTL cause he was the bomb as Todd Manning; which is why I liked him as Franco on #GH. He was the comic relief we needed; especially paired with Liesl. OMG! Wait until Liesl gets the news! IT WILL BE ON!!! pic.twitter.com/leMibhQ3P1

But fans shouldn’t expect to see Roger Howarth back on-screen anytime soon. He told the outlet there will be a break between Franco’s death and his new character’s appearance.

He will be keeping busy in the meantime.

Why is He Joining Cameo?

During his break from the soap, Roger Howarth is taking his act to Cameo. Fans can purchase shout-out videos from a wide range of celebrities on the app. But Roger Howarth isn’t in it for the money.

Rather, he is donating any money earned from Cameos to the Feeding America charity. The actor is open to any type of video requests except ones that ask him to “denigrate or disrespect myself or anybody else!”