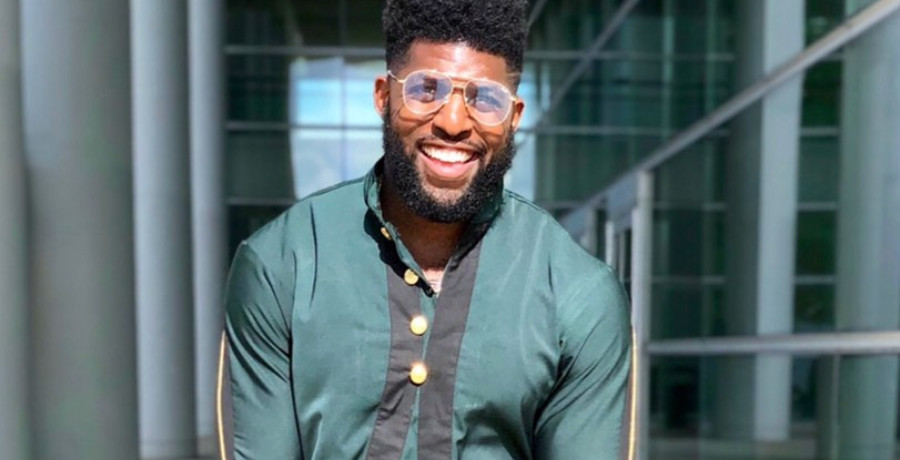 After the Final Rose is usually the most anticipated part of a Bachelor/Bachelorette season. It will definitely be the most talked-about TV moment on Tuesday, March 16. Regardless of what goes down between Matt James and his final three when they reunite, all eyes will be on the host.

For the first time in the show’s history, Chris Harrison won’t helm ATFR. He is in the middle of an indefinite leave from Bachelor Nation. He received a lot of backlash from viewers and Bachelor Nation alum over an interview with Rachel Lindsay.

Appearing on Extra, Chris attempted to defend Racheal Kirkconnell from allegations of racism. While doing so, he made some ignorant statements of his own.

With the After the Final Rose taping imminent, the network had to find someone to step in.

Who is Emmanuel Acho?

Emmanuel Acho isn’t some random person ABC plucked off the street. He is widely successful in his own right. He first gained notoriety as a pro football player for the Cleveland Browns and the Philadelphia Eagles.

After his retirement, he was hired by Fox Sports, where he co-hosts Speak For Yourself. Following the civil unrest in 2020, he started a YouTube series, “Uncomfortable Conversations With A Black Man.” A book of the same name was released later that year.

A large majority of Bachelor Nation fans are not on board with a new host. They feel Chris Harrison did nothing wrong or that his apology is enough. But the show must go on. Season 25 won’t be complete until Matt James updates fans on the status of his relationship.

Entertainment contributor Amber Rambharose wrote an opinion piece for Glamour magazine about the switch-up. Titled “I Am Nervous as Hell About Emmanuel Acho Joining Bachelor Nation,” the article details concerns over how fans will receive Emmanuel as the temporary host.

Amber points out that, historically, Bachelor Nation hasn’t been kind to BIPOC. Just look at the hate that Rachel Lindsay received over the Chris Harrison interview. Things were so bad at one point that she deleted her Instagram.

Many people on social media are willing to give Emmanuel a chance. However, there are some who have already formed an opinion, such as in the screenshot below.

Some Accuse Acho of Seeking ‘Clout,’ ‘Fame’ With ATFR Gig

Most of the tweets about Emmanuel Acho’s Bachelor Nation debut are supportive. However, haters claim that the former NFL player is seeking “clout” by hosting After the Final Rose. However, Emmanuel Acho has been in the public eye for years, even if some people aren’t familiar.

According to Us Weekly, the hosting gig isn’t the first time Emmanuel has been in contact with Bachelor Nation execs. Reportedly, they sought him out at least twice in the past to appear as a suitor on The Bachelorette. He turned them down, which means he has a lot to learn about the franchise. Check out his ATFR homework:

When I left the @NFL I thought I put down the playbook’s forever. I was wrong ❤️🌹. pic.twitter.com/eNpzNvyCyl

Are you willing to give Emmanuel Acho a chance? After the Final Rose airs Monday, March 15, following The Bachelor finale.

Join us on Facebook to connect with other Bachelor Nation fans.