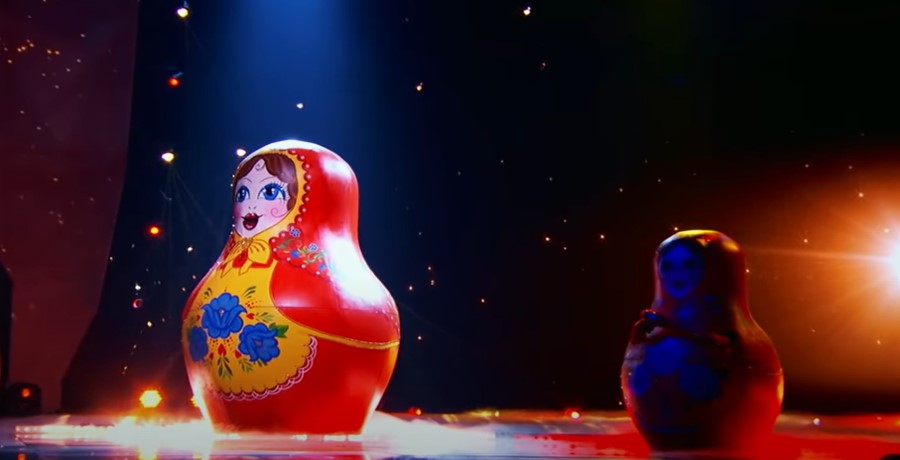 Season 5 of The Masked Singer is coming and fans are already guessing who is under the costumes. No one’s sneak peek at a performance has stirred up more excitement than the Russian dolls. The show has announced there will be some twists coming up. There are wild cards who can come in and steal the title from the main singers. Also, Nick Cannon will be absent for a few episodes because he tested positive for COVID. If you are someone who avoids spoilers, even if they are just guesses, you should stop reading now.

The Russian dolls got the most attention from their preview on Facebook shown below. Why? Because there are two of them and a lot of fans think they recognize the voices of two members of their favorite boy band. Fans on Facebook are convinced they know exactly who it is.

If one guessed the boy band Hanson, you’d be right. The masked singers belt out their rendition of, “Shallow,” and fans are convinced Taylor Hanson’s unique voice is what they hear. One fan said, “Recognizable on the first note for so many of us fanson peeps. This is the most amazing thing.” Another said, “I wasn’t sure until I heard Taylor. Then together, I felt like I was 12 years old again.” There are so many people that have been fans of them since they were very young. One said, “Amazing talent they don’t get credit for sometimes because people refuse to give them a chance since 1997.” She is referring to their debut song, “Mmmbop” which just sticks in people’s heads.

Of course, as Masked Singer fans know, you can guess and think you know one hundred percent and still be wrong. Hanson is far from the group they were in 1997 as they’ve all grown up. Between the three of them, they have fourteen kids. It is a treat for fans to hear them again if they really are in the Russian dolls. A lot of fans think the large one will become two and that will seal their guess.

What Are Some Of The Other Guesses

The Masked Singer fans have other guesses as well. One said, ” can make absolutely no sense of why they’d be together but Bruce Springsteen & Justin Bieber.” Another agreed with the first part saying, “sounds like Bruce Springsteen, sounds like when he sings this song I’m on fire.” Some other guesses were Shawn Mendez, Jack Black and Charlie Puth.

It will be fun to see who they really are when the new episode premieres. Who do you think is behind the dolls? Were you a Hanson fan growing up? Comment with your thoughts below.