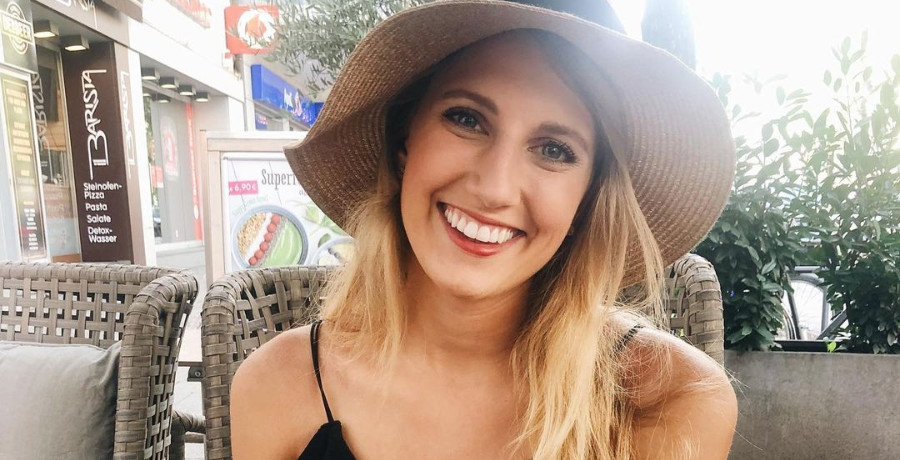 During Season 2 of Welcome to Plathville, Olivia Plath battled with her husband’s parents. Kim and Barry Plath blame Olivia for tensions in the family, particularly with Moriah and Micah. The tension weighed heavily on Olivia, who has been open about her struggles with her mental health.

The TLC star uses her Instagram to promote mental health issues and Suicide Prevention. She recently debuted a new ring that’s connected to both issues. But several fans were confused about where Olivia’s wedding ring is.

She explained during Season 2, but if you missed it, keep reading for an explanation.

Olivia Plath’s Instagram is full of wedding pictures. A few of them are her own, but many of them are from her job as a professional photographer. But she also posts other content on her social media. For International Women’s Day, she posted a rare filter-free photograph. She also takes the time to post about the importance of mental health.

Earlier this week, she shared another user’s post on her Instagram Stories. The original post proclaimed that “talking about mental health issues is not attention seeking.” Olivia Plath doubled-down on that sentiment. She likened the importance of mental health to that of physical health.

The reality star revealed to People earlier this year that she’s in therapy. She said, “I started again last month, just realizing that I was not in a healthy place and I needed to work through things.” She also told the outlet that she doesn’t want to have kids until both her and Ethan have “processed” their respective childhoods.

The TLC star feels so strongly about the importance of mental health that she got a new ring to remind her.

Olivia Plath shared a message with her fans who may be struggling. She wrote “Keep going ; your story is not finished yet.” She included the phone numbers for suicide prevention hotlines.

She accompanied the photo with a close-up look at her new ring. The ring has a semicolon embedded on a gold background. See the photo below.

A few fans asked the TLC star where her wedding ring is. However, another follower replied that Olivia doesn’t wear her wedding ring. The follower went on to explain why, which was addressed during Season 2.

The original wedding ring Ethan picked out for her was “heavily influenced” by his mother, Kim. Since Olivia has such a difficult relationship with Ethan’s parents, she’s chosen not to wear that wedding ring.

Ethan bought her a second ring, but hasn’t given it to her yet. The couple plan to have a second wedding at some point because his parents took control of Ethan and Olivia’s first wedding.

Some fans asked Olivia where she got the ring. She never responded. However, we looked the best-selling items on Etsy and there are many choices for semicolon rings. Click here to browse the Etsy shops.

What Does the Semicolon Symbolize?

As Olivia wrote in her Instagram post, the semicolon reminds people to “keep going.” The punctuation is also the symbol for Project Semicolon. The organization provides support for people who suffer from depression and other mental health issues. Find out more here.

TLC hasn’t yet officially given Welcome to Plathville a Season 3. Follow us on Facebook for updates and news about all your favorite TV shows.