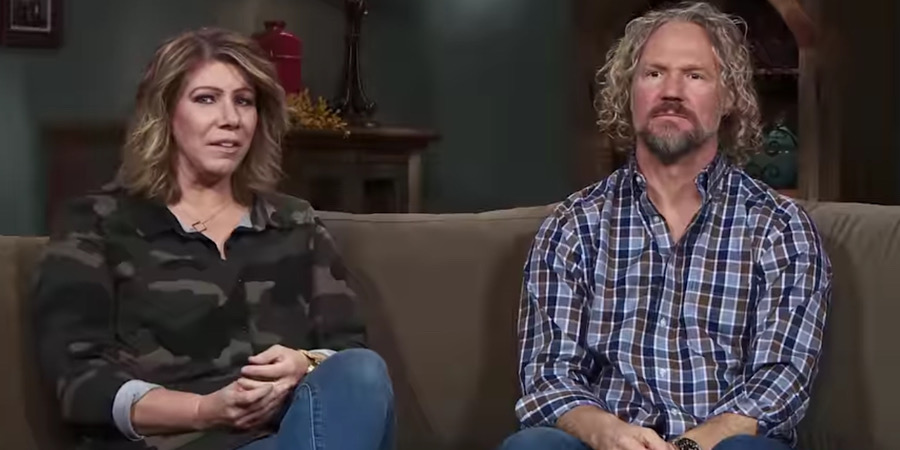 Last week on Sister Wives, Mariah and Audrey announced they would be moving to Salt Lake, Utah. Mariah was currently studying in Chicago but both girls missed their families. She was going to transfer to a grad school in Utah and be closer to the Browns in Arizona. This thrilled her mother, Meri, and siblings. Unfortunately, there’s a lot of dissension in the relationship between Meri and Kody, which Robyn felt. She called the three of them down to their land, Coyote Pass to chat. Meri essentially said her marriage was dead while Kody is just ready to sell the land and move on. Tonight, the family begins wedding planning and Robyn deals with jealousy, possibly from Christine.

Do All the Sister Wives Hate Christine?

When the season started, Janelle had called a lunch/dinner to discuss what plural marriage meant to everyone. At one point, Christine flat out said she felt everyone hated her. But then she said maybe she just hated herself. Robyn wants to address these feelings so she goes by to chat. She admits they have not always had the best relationship. It had been very up and down with jealousy being the main downfall.

Christine does not like vulnerable conversations because she feels she sounds like an idiot at the end of them. She admits she was always awkward in the marriage, prior to Robyn coming into the family. Robyn says she does not feel any hate towards Christine at all. She also does not see it from the other wives unless they are really good actors. Christine admits she prefers gatherings at her own home over the other wives because she knows her role and who she is.

Robyn agrees on this. She does not know if they are supposed to help mother or step back. When they lived in one home in Utah, everyone worked together. That still existed in some way in Vegas but is no longer in Flagstaff. One term used in the plural community is Queen wife and no one likes that. Christine references that when talking about the single home they had in Utah. Because Janelle worked, Christine was an essential parent to all the kids. But she sacrificed a lot, she feels, and so did her kids.

Being The “Basement Wife”

Because Janelle worked so much and was rarely home, Christine took over. She admits she put Janelle’s kid’s needs before her own kids. But Meri helped, too, something she is conveniently leaving out. When the series started in 2010, Janelle openly said she preferred to be out in the workplace as opposed to being home, raising kids. As for Meri, she worked and raised Mariah and her sister wives’ kids but was let go from her job when they went public.

Christine feels she got the short end of the stick, something Meri was feeling last week about her Coyote Pass lot. In the one home they had in Utah, Christine lived in the basement. Someone always has to live down there and since she did not want to deal with the conversation, she just took it. In a confessional interview, Janelle says she took the basement in plenty of homes. Though they all had to work together in one home, this is why Christine never wants to do it again.

Christine also reveals they had a back door entrance. Kody would dump all of his stuff at Janelle’s or Meri’s and never truly settle at Christine’s. He would never shower or anything in her area. It was a real slap in the face. He would make a ton of excuses but Robyn helped to change Kody’s showering habits. Meri admits she never cared where he showered but Kody said Christine has it wrong. He said he showered at Meri’s because she would be going to work then have breakfast at Christine’s to create a balance. Kody believes she is twisting it into a negative narrative.

At Christine’s, Robyn has some more questions. When she married into the family, she liked the idea that they would all live under one roof. This has not been the case. Soon after they wed, the Browns fled to Vegas and all started living apart. Eventually, they lived in the cul-de-sac so the wives were basically super close neighbors. Now, they live miles apart so it is not even a community lifestyle.

Christine says they always made things work because of the kids and wouldn’t have done so otherwise. Robyn does not know if she fell in love with the illusion of a lifestyle. Christine acknowledges how assertive Robyn was and how she changed a lot of things in the family. She brought back Christmas. Kody wanted to take the holiday away because it was so commercialized. But Robyn stood up to him and would not let that happen.

Flagstaff has been a reset for the family and moving onto Coyote Pass will be another change. Christine says she has to make the choice to call her sister wives now to make plans. When they have a good relationship with Kody, it is easier to be close with one another. Christine says she feels like they are girlfriends. Robyn says you need to trust your sister wives first and foremost. That will bring on the girlfriend relationship when you feel you aren’t being sabotaged.

The Browns head out to Salt Lake to look at some venues for Mariah and Audrey’s wedding. Meri reflects on the day her daughter came out to the wives and Kody. She says she wished she had a better reaction. Four months later, they met Audrey and she just loves them as a couple. Audrey’s parents have joined them and they have three venues. They start at an indoor garden venue. But are very firm they want the date to be the 29th of August in 2021 and only want accepting guests.

As they are touring, Audrey’s parents bring up mumblings of Covid. Rick’s company just canceled all unnecessary flights. Christine and Meri had won a cruise and it was canceled, as well. Things are starting to shift so they have no idea what is in store. The next location is a ski resort and they will be riding snowmobiles. Finally, they head to a farm that has a castle. There is a dance floor and everyone breaks it in, especially Kody.

Everyone goes inside to discuss the finances but the place is closed on Sunday. Everyone forgot the rules of Utah. Kody understands how badly Audrey and Mariah want the 29th and does not want them to compromise. The price, however, is perfect. But they loved all of the places so it will take some time to decide.

There had been talks of Covid in Utah but then everyone went their own ways. Kody went to his mother’s eightieth birthday in Wyoming. There was some concern about the party but they had it anyways. He noted an apocalyptic feel, noting no toilet paper on the shelves and such. At the party, people were discouraged from touching and high-fiving. When Kody checked in with his wives, their trip home was very eerie. Robyn said she saw people in masks and felt like everything she touched was contaminated.

They left the airport and ended up driving home because it was just too much. Meri does not know if the panic is real or overdramatized. Schools started to close and they just want to protect their kids. Next week, social distancing is introduced and throws a wrench into the family. It is decided they should all stay in their own homes and Kody should not make his rounds because he could risk getting infected. Then, he could spread said infection. Can the family dynamic, which is already strained, survive a pandemic? Watch Sister Wives Sundays on TLC and discovery+.