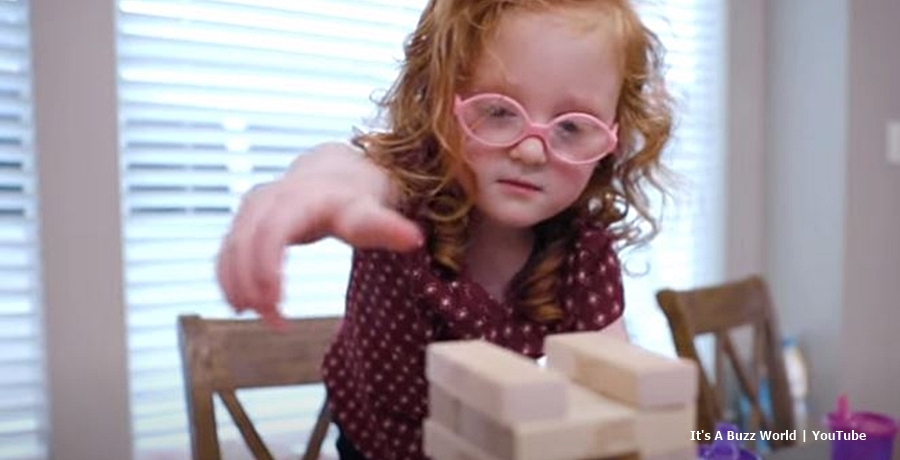 OutDaughtered came as a very short season. Adam Busby promised more footage but it never came. However, he now released some of the unseen video clips and you can watch them below. When they filmed for the season, the COVID-19 quarantine interrupted. So, the TLC crew left. After that, they filmed their own episodes. But the Busby family gave up on it as the kids prepared for school. Only a few self-filmed episodes came on TLC but it seemed surprisingly popular.

The isolation season on TLC came with a different slant when the family filmed it themselves. In fact, Adam Busby described it as “The Riley Show.” We noted that not all remotely filmed shows worked out great during the coronavirus. But boss baby quint Riley stepped up to get the family into line for home filming. However, it didn’t last very long as Danielle and Adam weighed up the possibility of more homeschooling.

US Weekly reported that the OutDaughtered parents decided on back to school for the quints. The outlet said that Danielle explained, “They [behave] at school probably way better than they do [with] us as teachers. That balance of trying to get them to focus … is tough.” Plus, Blayke needed to get back and start her schooling as well. So the episodes ended. TLC fans hoped for more of it in the current season but that never happened. However, Adam promised footage later on and now he delivered.

On Saturday, March 6, OutDaughtered dad Adam Busby posted up footage from their quarantine period. He said on YouTube, “This is some unseen/extended footage from when we were in isolation and our TLC camera crew couldn’t be at our home.” Unsurprisingly it opened with Riley. She told the camera that she wanted to try and “grow leaves with mulch.” Well, the leaves wouldn’t sprout and Riley seemed a bit unhappy that seeds didn’t grow either. Maybe because she didn’t actually “have any seeds.”

Adam Busby told his OutDaughtered fans that he hoped restrictions lifted soon. After all, just filming the quints around the house all the time might not bring enough “fun” to the show. The next clip revealed the quints all zooming around on their scooters. And Adam said they seemed quite good at “occupying themselves.” Meanwhile, Hazel danced around with her baby and seemed a bit put off when the twins found a dead thing in the garden. After that, the quints all went off hunting for June bugs.

Quint Riley picked up a dead bug covered in ants. So she put in her boots and stomped all the dead June bugs she could find.

After that more footage came of the OutDaughtered kids jumping on the trampoline and just trying to kill the boredom of quarantine. Later, they all went indoors and played some board games. All it’s an entertaining bit of footage and lasts about 14 minutes.

‘General Hospital’ Leak Revealed About Jason And Carly’s Wedding?
Kyle Richards Calls Out Lisa Vanderpump: ‘Give It A Rest’
‘Bold And The Beautiful’ WOW! Finn’s Bio Mom Is A Forrester?
‘The Witcher’ Season 2: Premiere Date, Plenty Of ‘Man Flesh,’ But No Bath Tub
Preview: ‘Mr. Corman’ Takes On 30-Something Panic Attacks And Regret For AppleTV+