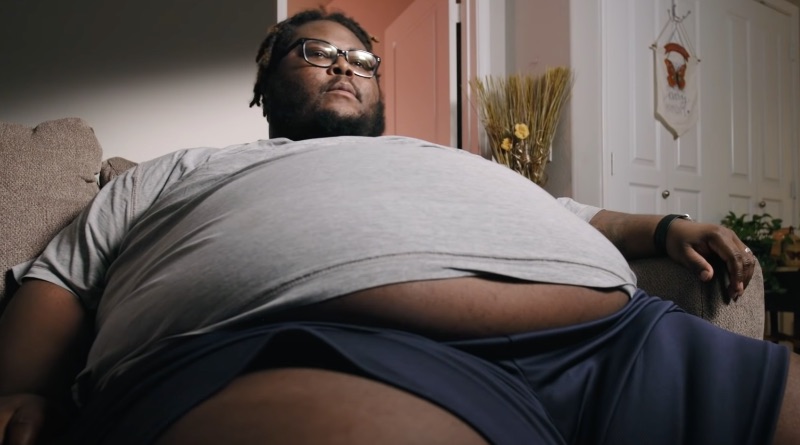 My 600-lb Life cast member Travis Henry is another memorable participant from Season 8 of the popular weight-loss transformation show. Where is he today?

Like many of his fellow My 600-lb Life cast members, Travis Henry had his reasons for turning to food. Due to neglect and abandonment issues as a child, Travis turned to food to cope. And that turned out to be a dangerous combination for the musician and songwriter from Texas.

By the time he got to Dr. Now’s program in Houston, he was at 617 pounds. Starting down the path of a weight-loss journey is always the toughest when you take that first step. But after many years of using food as a crutch, Travis Henry was determined to make some significant life changes.

No Easy Task for Travis

A big part of how My 600-lb Life cast members get as big as they do is because they have help. Whether it’s a relative or a significant other, someone usually brings them food when they get too big to shop for it or cook it themselves. And in Travis Henry’s case, that person is his wife, Yazmin.

By the time his episode wrapped, Travis Henry had dropped an impressive 240 pounds on his My 600-lb Life journey. Meanwhile, in addition to feeling better and improving his overall health, he was also able to do things again that he hadn’t been able to do since he put on the weight. And as a bonus, that made his wife happy, too.

Travis Henry said on My 600-lb Life that he “enjoys eating.” And that it’s something he looks forward to. Certainly, that’s a common theme for many on the show. And he had to shift his outlook. Judging by the latest updates from him, he was able to do just that.

Even for My 600-lb Life success stories, whether they can maintain the same motivation to keep the weight off is always a big question. And in Travis Henry’s case, he certainly keeps up his healthy habits since filming his episode of the popular transformation show.

Meanwhile, in addition to keeping the My 600-lb Life weight off, he is also successful in his personal life as well. Based on the latest updates from the TLC star, Travis and his wife Yazmin are still going strong. So it’s clear they navigate everything life throws their way as a couple.

Prior to the current pandemic, Travis and his wife enjoyed movie dates together – something he previously couldn’t do at his former size. And it seems they both enjoy going on movie dates as a couple.